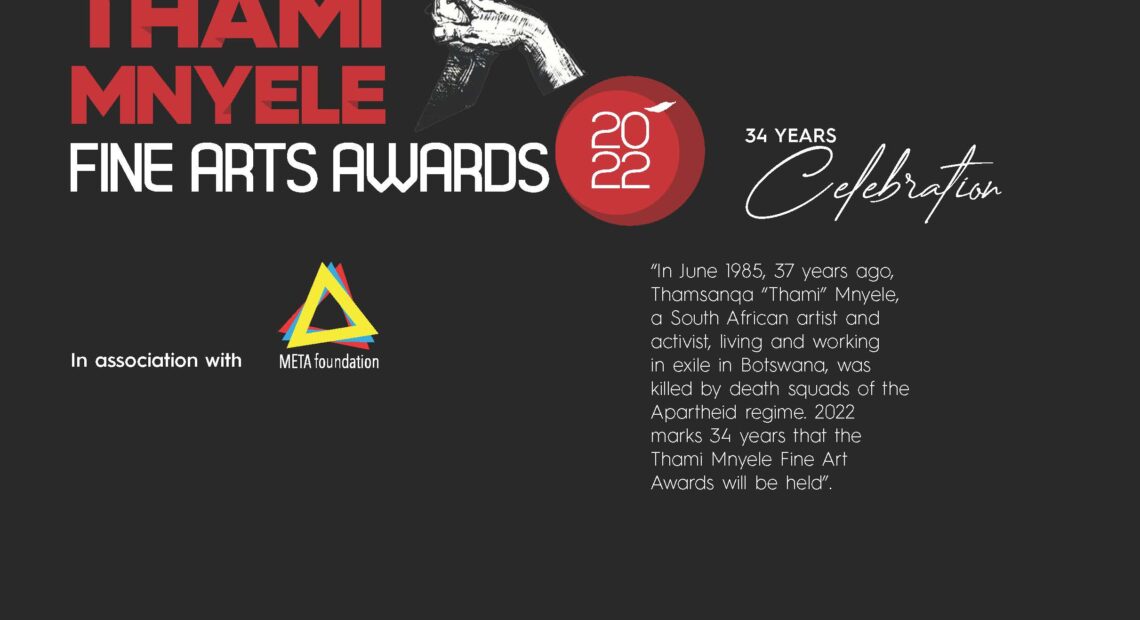 The Thami Mnyele Fine Arts Awards (TMFAA) started off in the year 1987 as the Kempton Park and Tembisa Fine Arts Awards. They were later renamed after the late resistance artist Harry Thamsanqa “Thami” Mnyele whose final resting place is in Tembisa. Mnyele was a freedom fighter who utilised art as a tool of expression and communication during the struggle for liberation from apartheid. He died in exile in Botswana in 1985.

In 2009, the CoE moved to have the Awards renamed after the acclaimed resistance artist who gave a voice to the nation through his talent during the struggle for liberation. According to Thamsanqa “Thami” Mnyele: “Art must become a process – a living, growing thing that people can relate, identify with, be part of, understand; not a mysterious world a universe apart from them.”

It is that ideal which inspired the CoE to initiate a competition of this nature that serves as a platform where artists are encouraged to transcend limitations, reconfigure and manipulate contemporary cultural, social and political signs. CoE is the only Metropolitan Municipality that hosts and sponsors an Art Competition of this magnitude.

The City of Ekurhuleni under the auspices of the Arts, Culture and Heritage Services proudly host the 34th instalment of one of South Africa’s oldest national fine arts awards which remains one of the country’s premier contemporary fine arts events.

The City of Ekurhuleni is privileged to be associate this national fine arts competition with the acclaimed resistance artist, who gave a voice to the nation through his God given talent. A competition of this nature serves as a platform where artists are encouraged to transcend limitations, reconfigure and manipulate contemporary cultural social and political signs. It is the duty of dedicated artists to employ various media to express metaphors, and their aesthetic sensibility to reflect the world we live in.

The competition caters for artists of from 18 years and above, from all over South Africa, producing various media of artworks. Variouas awards are presented to winners in each of these categories. The Ekurhuleni prize; awarded to the best work submitted by an artist who hails from this region. A total amount of R180 000,00 prize money is awarded spread across all prizes as indicated below. There is an additional Emerging Residency Artist Award – a 3-Months Artist Residency Programme in partnership with Meta Foundation/ August House. The residency period will kick off in March/ May 2023. The META foundation and August House are located at 76 End Street, Doornfontein.

The following prizes are awarded: