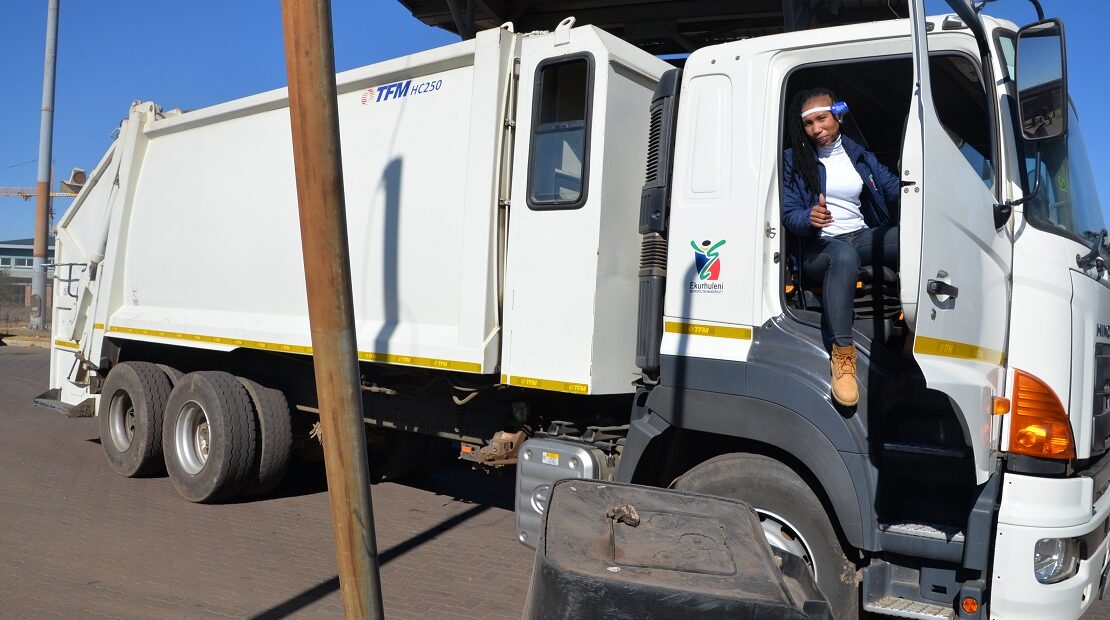 Nonceba Mpantsha, a waste truck operator, ranks high among women who are claiming a stake in truck driving – a profession that was once dominated by men.

True to the idiom that ‘dynamites comes in smaller packages’, the diminutive 36-year-old from Brakpan is a force to be reckoned with.

She is small in stature and drives a huge waste truck – what a stark contrast! She oozes confidence as she manoeuvres the vehicle that requires a Code 14 driving to licence.

Armed with a diploma in Information Technology (IT) Mpatsha started at the bottom, sweeping the streets of Ekurhuleni and steadily climbed the career ladder.

“I couldn’t find work related to IT, so I applied for anything that came my way. My opportunity came when I was appointed street cleaner. I told myself that I will not walk the streets forever, but I will drive through them. I did my code 14 licence and when a post opened for a truck driver, I applied and was successful,” she said.

Mpantsha is a married with two boys, and she says her family is what motivates her to grab the bull by its horns.

“Operating a waste truck has never been intimidating for me, if anything I feel like it has earned me respect from my male colleagues,” Mpatsha said.