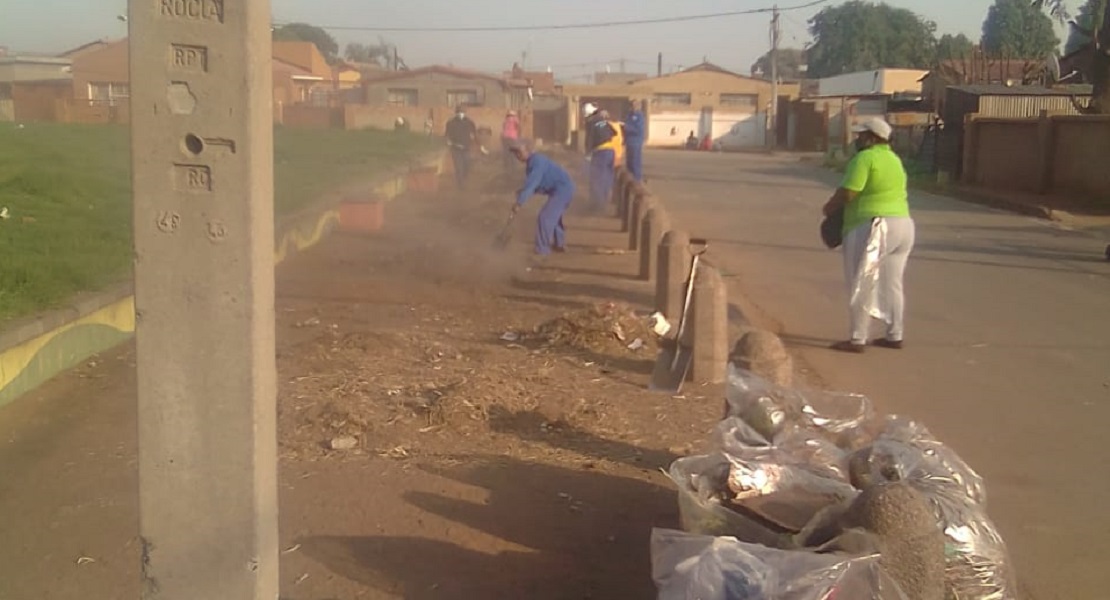 Community members of Wattville are in high spirits, cleaning parks, sweeping streets and pruning trees to keep their neighbourhood clean in preparation of the upcoming O.R Tambo wreath laying ceremony on Tuesday, 27 October.

The city’s department of Parks and Cemeteries has been experiencing a backlog in attending to services of grass cutting and tree pruning due to the COVID-19 outbreak. As such, the residents of Wattville have stepped up and rolled their sleeves to voluntarily work with the city’s officials to keep Wattville clean.

The project to keep Wattville clean has been running for the past three months, facilitated by the community members. The city’s department of Parks and Cemeteries has been assisting with the donation of refuse bags on monthly basis.

Jabulani Sibiya is the project leader of the Keep Wattville Clean campaign. He said his wish was for every household to have a representative on the group so that the project becomes a community initiative as opposed to it being for only few concerned people.

“I believe that the issue of a clean environment is important to all of us, that is why I want to get every member of the community of Wattville to be involved and take ownership of this initiative of keeping Wattville clean,” Sibiya said.

One notable achievement of the work done by the Keep Wattville Clean project is the cleaning and converting illegal dumping spots into car wash spots and mini-park.