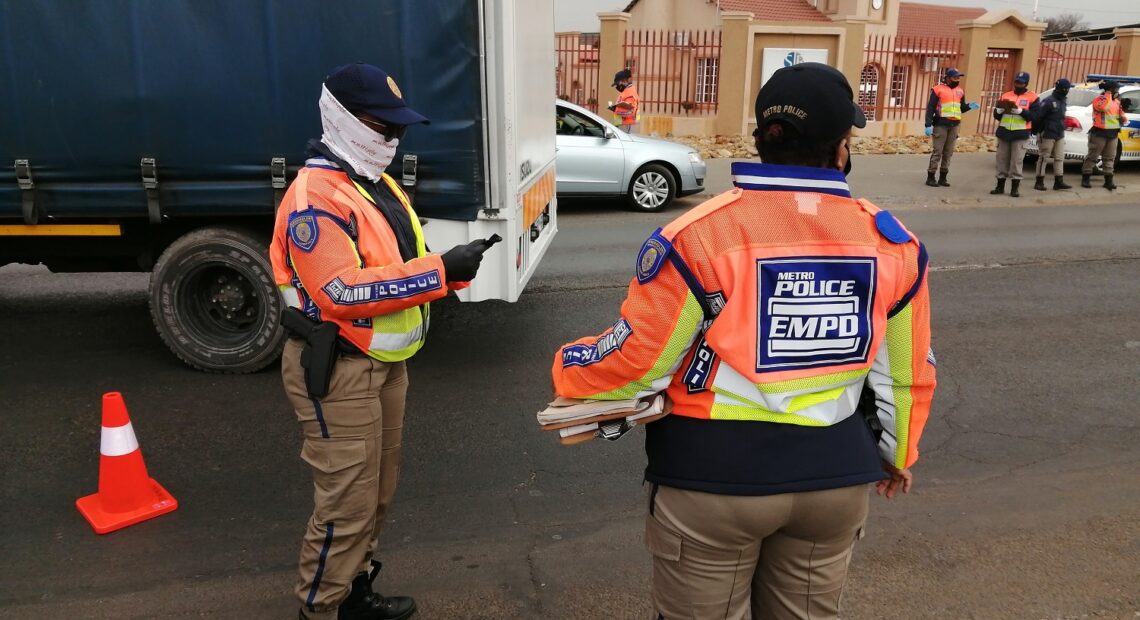 City Manager of Ekurhuleni, Dr Imogen Mashazi, will tomorrow lead a team of female metro police officers in a roadblock.

The roadblock will focus on law enforcement and COVID-19 education and screening. Every year during the month of August, which is Women’s Month, the City Managers joins female officers in a roadblock as part of the City Manager’s Women in Uniform in Community Safety Legacy Project which is aimed at empowering metro police officers, female firefighters and disaster team through education and career progression.

The legacy project was introduced by the City Manager in 2017 and has seen many officers gaining promotion.