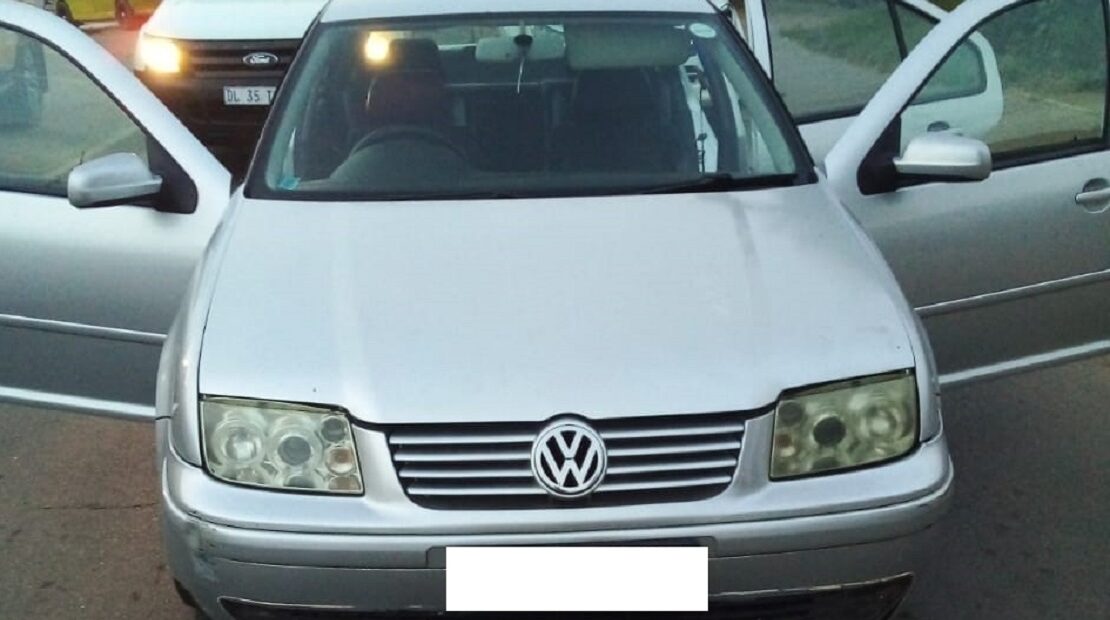 Ekurhuleni Metropolitan Police Department (EMPD) arrested and two suspects for possession of a hijacked vehicle and an unlicensed firearm in, Ivory Park Thembisa on 6 April.

EMPD Spokesperson Kobeli Mokheseng said officers accosted a silver VW Jetta which had been reportedly hijacked in Boksburg earlier on the day “The EMPD Specialized Task Team, on crime prevention operation spotted the vehicle fitting the description of the one sought and a chase ensued. As officers were gaining ground, a male passenger alighted and fled, leaving a 20-year-old driver and the 35-year-old passenger behind,” Mokheseng said.

He added that officers uncovered a 9mm pistol with serial numbers filed off and six live rounds following a thorough search. The hunt is on for the one who got away.

The arrested pair facing charges of possession of hijacked motor-vehicle, possession of an unlicensed firearm and ammunition were detained at Ivory Park police.

Mokhesen said while in Eden Park, a 29-year-old male was caught with 30 ziplocks of khat valued at R6 000 and R200 cash believed to have been accumulated unlawfully.

“The items found on him were confiscated following a body search and he was detained at Eden Park Police Station. The suspect is facing charges of possession and possible dealing in illicit substance.