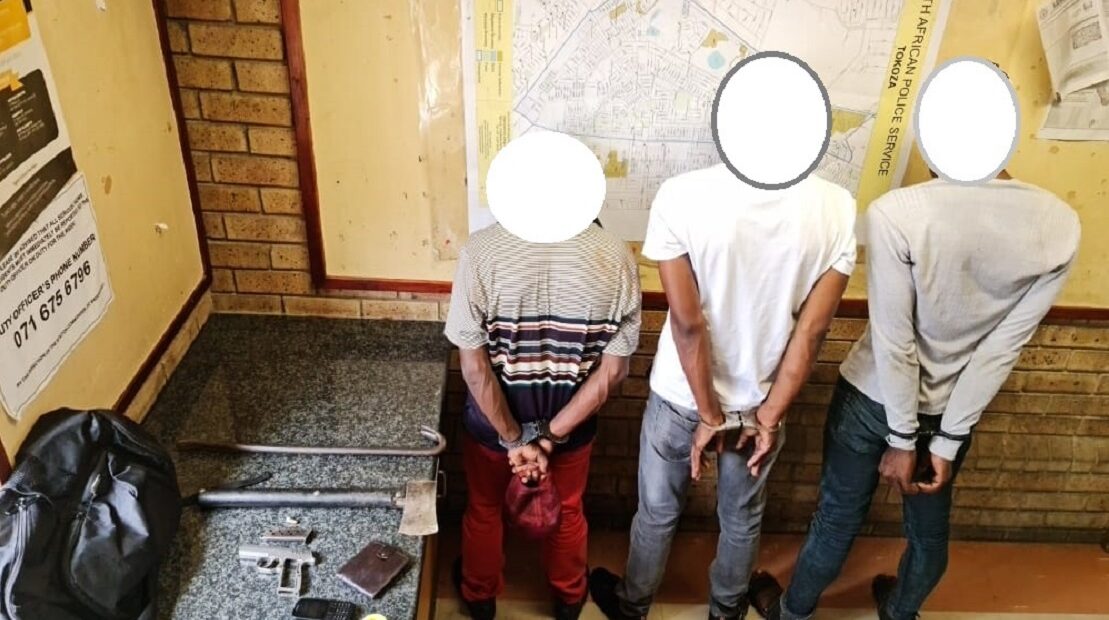 Yesterday (28 December) at 11h30 in Thokoza the highly visible EMPD Drug Enforcement Squad approached three suspicious looking men, ages 28, 36 and 39, carrying a visibly heavy sports bag. When the trio noticed the crime fighting unit closing in on them they made an attempt to flee on foot, before being cornered and shackled. Officers uncovered house breaking/robbery implements like an axe, crowbar and masking tape, as well as a 9mm parabellum pistol with serial numbers filed off and two live rounds inside the bag. The trio were charged with conspiracy to commit robbery and possession of an unlicensed firearm with ammunition.