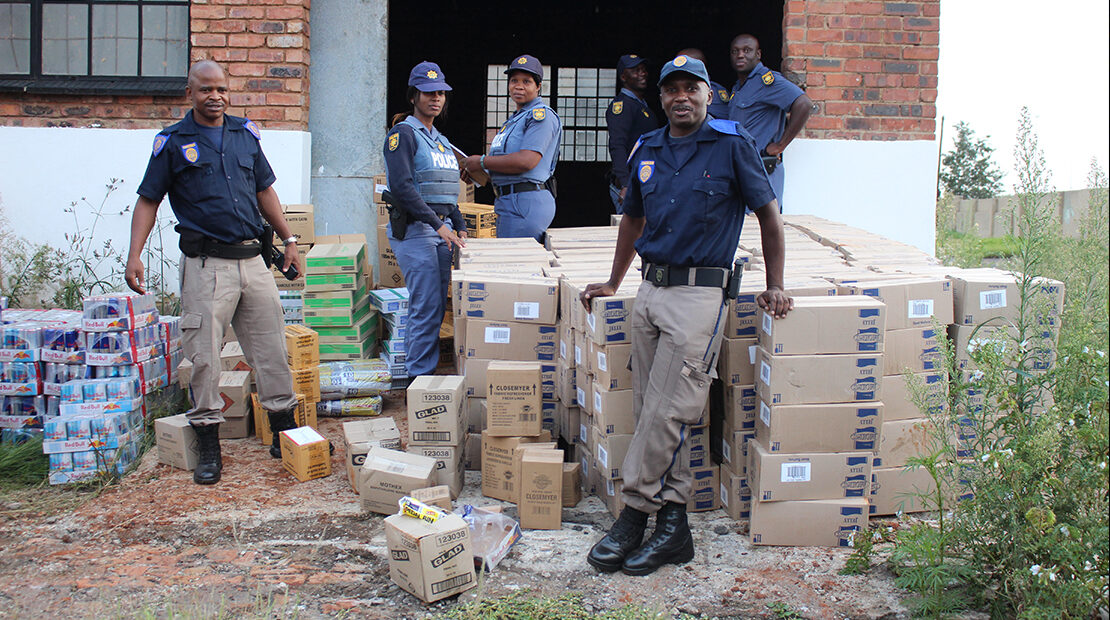 R500 000 Worth of Stolen Groceries Recovered

Tuesday, 11 February, was not a good day for two men who were found offloading reported stolen foodstuff and promptly arrested by the EMPD Tsakane precinct officers.

It happened in Geluksdale area (La Bore industrial site) on Newton Road at 14h45. Acting on a tip off, the officers closed in on five suspects transferring goods from a parked white Isuzu truck to a building. Three showed the officers clean pairs of heels, leaving behind a 34- and 40-year-old suspects.

The local SAPS were called in and not long after that, the Rand Track (motor vehicle tracker) team. They were following coordinates of the stolen goods showed up, citing that a heavy motor vehicle transporting groceries was robbed earlier and found empty and abandoned on the N3 freeway.

The apprehended suspects were detained at the sakane police station, under possession of suspected stolen goods/items case. They will appear in the Tsakane Magistrate’s Court soon.

Captions: Some of uncovered boxes containing groceries, found in a warehouse and the two apprehended suspects.