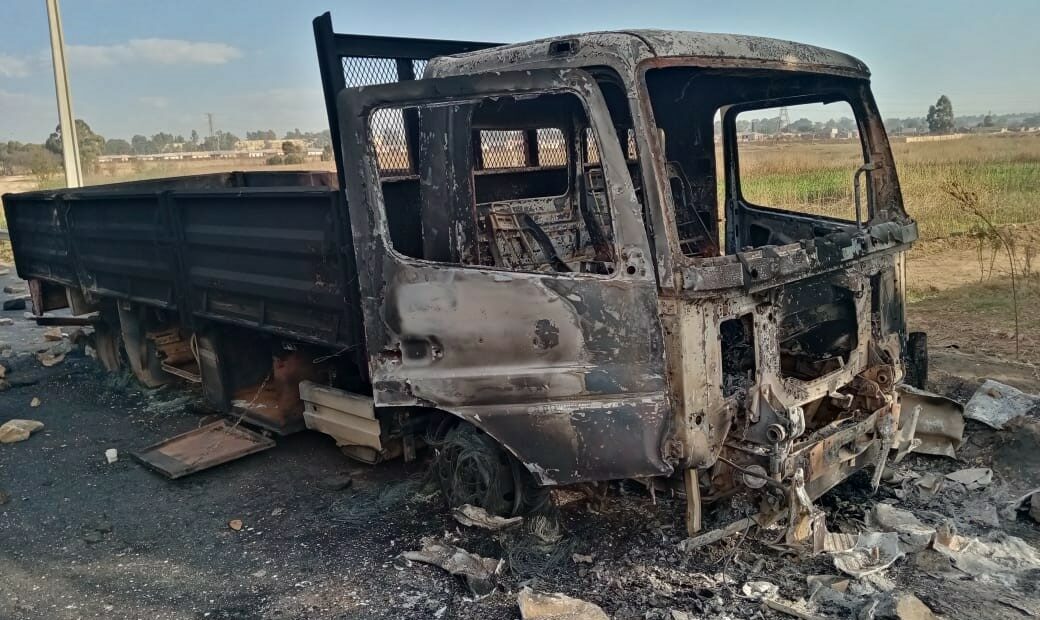 Since Sunday night, 13 September ,Old Elsburg and part of Commissioner roads were barricaded with burning tyres, rubble and rocks following protest action where two heavy motor vehicles and one light motor vehicle were set alight by an angry mob – fortunately the occupants escaped unhurt. During strategic patrols by officers, violent protesters played a disappearing act. On Tuesday between 11h00 and 14h00, at the same intersection six demonstrators were found damaging a truck and throwing stones at passing motor vehicles. They were cornered and apprehended. The half dozen facing charges of public violence include a female and five males aged between 29 and 45.

They will appear in court soon.