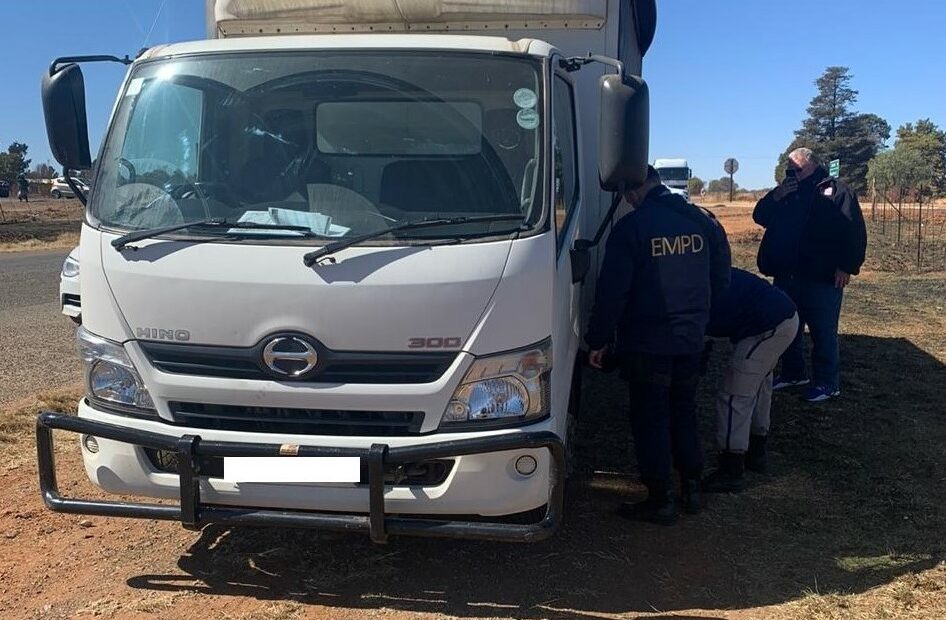 Ekurhuleni Metropolitan Police Department’s Specialised Division arrested three suspects, including a woman, in Thembisa on 18 August, before recovering a reported hijacked truck with almost R100k’s worth of loot in Etwatwa.

Six armed male suspects stormed into a bottle stores just after opening and took R15 000 and a cell phone from a victim in Phomolong. After the robbery, a white Nissan Impendulo minibus was spotted speeding off from the crime scene with the suspects on board.

Investigating officers went through the CCTV camera footage of the robbed business premises and adjacent buildings. After gathering enough evidence, a manhunt ensued. The alleged minibus driver and a male suspect were found hiding in a friend’s house in Ivory Park. One of the apprehended suspects led officers to an address in Esangweni where a further two accomplices, including a female, were picked up.

The minibus taxi was impounded. Officers confiscated R6 700 found in possession of one of the suspects and a stolen cell phone from the female suspect. They were detained at Thembisa police station on charges of armed robbery and possession of suspected stolen items.

During a crime prevention operation on the R25, the EMPD’s Equestrian Unit found two gagged males with their hands and feet tied in an abandoned white Toyota Hino truck on the side of the road on 19 August.

The two uninjured men were in the loading compartment that still contained liquor. They were transporting the liquor, valued at almost R100 000, when they were hijacked at gunpoint in Emaphupheni.

According to EMPD spokesperson Kobeli Mokheseng, robbers left the truck on the side of the roadway after the tracker was activated. He said it is not clear if any of the cargo was stolen, but the truck owner was notified of the hijacking and will assist in investigations.