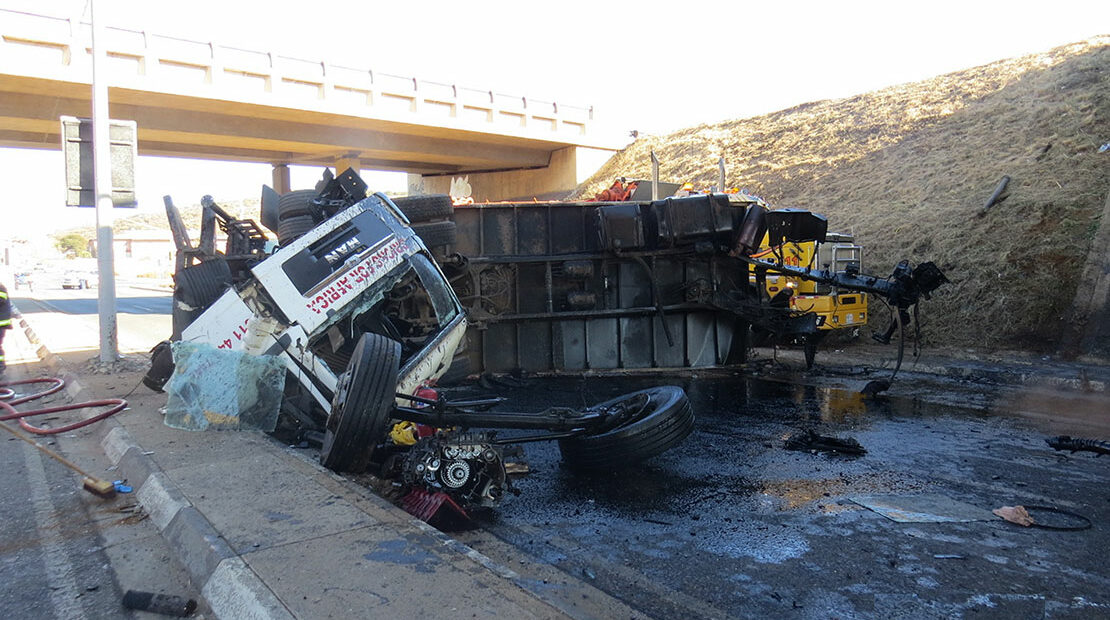 Truck Crashed from R59 onto Mitchell

On Monday morning, just after 7am our Disaster and Emergency Management Services were alerted to a truck that had jack-knifed at the intersection of R59 freeway southbound landing on Mitchell Avenue in Alberton.

Alberton rescue team responded and on arrival found only one vehicle involved. It seems control of the vehicle was lost between the north and south bounds of R59 freeway bridges, down the embankment before crashing on to Mitchell Avenue. The two in the vehicle were found trapped in the cab with serious, but stable, injuries.

The ‘Jaws-of-Life’ were used to free the two and pre-hospital medical treatment given to both patients before they were transported to Thelle Mogoerane regional hospital in Vosloorus.

An area of the scene had diesel and oil spillage. The rescue team, hazmat unit, towing services and municipal roads department were on site for rehabilitation. During the operation, Mitchell Avenue was closed for a few hours.

The scene was handed over to the City’s EMPD for further investigation.