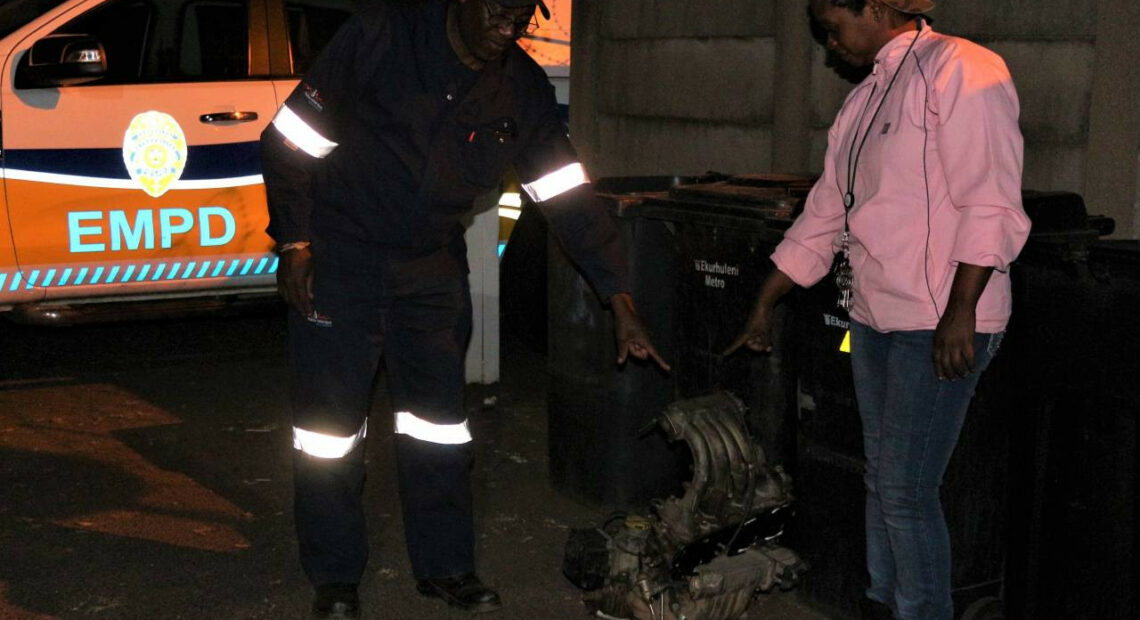 ARRESTS MADE IN EMPD POUND THEFT

Around 5pm on Tuesday (30 October) while patrolling around the EMPD pound in Reservoir Road, security officers from LL Security noticed a vehicle parked not far from the pound entrance and decided to investigate. Inside the pound two men were found stripping two impounded sedans.

Earlier in the day, security personnel uncovered four impounded vehicles with their engines missing and reported the matter to the EMPD – a case was opened at Boksburg North police station.

The two men found inside the pound yard were arrested, as were the two accomplices they identified who were parked outside the pound – allegedly the buyers and transporters of the stolen parts. EMPD Towing & Recovery Unit officers Supt Abednigo Khumalo and Inspector Mirriam Matsepe – accompanied by the LL Security company officers, were led to five more suspects who were apprehended in Tsakane, Katlehong and Wattville. They were found in possession of stolen vehicle parts including engines, manifolds, gearboxes, car seats and starters. The rounding up of all the nine suspects took place between 5pm and 2am this morning.

All the arrested suspects, aged between 25 and 40, are charged with theft, possession of stolen motor vehicle parts and resisting arrest.

Captions: Superintendent Abednigo Khumalo and Inspector Mirriam Motsepe point at one of the engines recovered in Katlehong.