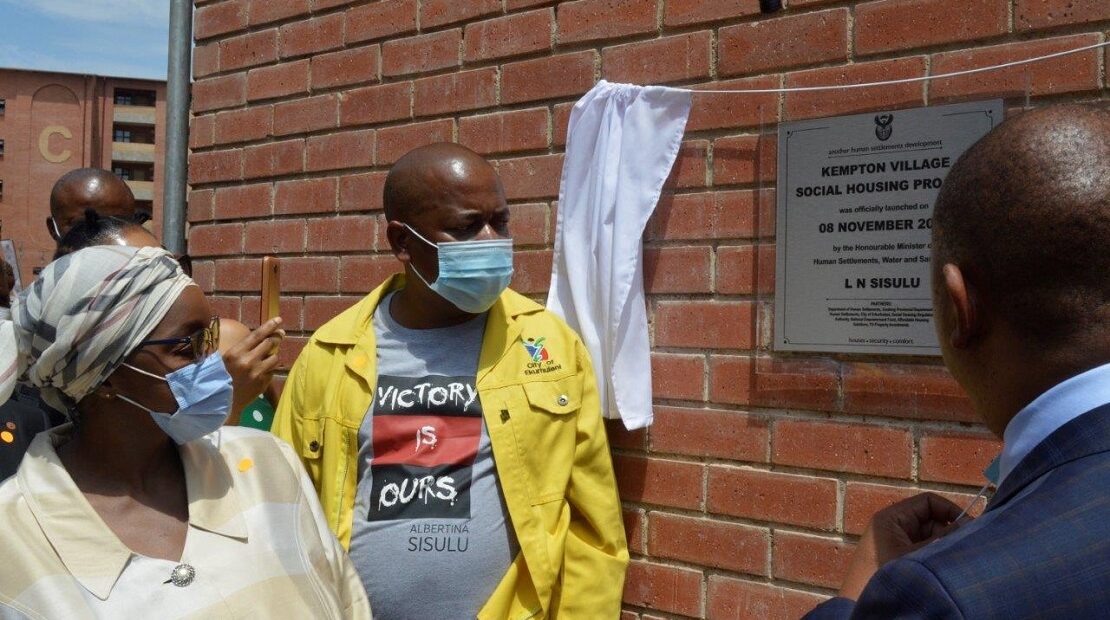 This will benefit those people earning between R1 500 and R15 000and who are over 21 years old, South Africans or have permanent residency with a clean credit record.

Mayor Masina said that the Kempton Village project was linked with other housing projects in the City that are anchored on creating a strong network of economic activity around the OR Tambo International Airport.

He said this was an activity that encompasses both human development element and economic growth.

“The multiplier effect that will be created by this project is immeasurable, and will help to unlock the economic, social and cultural potential of the City that has already positioned itself as an emerging economic nerve centre of the province and country. More than this, the housing project will change lives and accord our people dignity,” said Masina.

He said the project would help Ekurhuleni achieve its set target of 100 000 housing units and providing 59 000 service stands during the current administration’s term of office.

Masina added that the City of Ekurhuleni was on the verge of constructing various mega housing projects.

“This includes John Dube, Daggafontein and Leeuwpoort with a combined total yield of 50 571 units. Additionally, we are also building more units in various areas, namely Clayville, Chief Albert 17, Luthuli Extension 6 and Tsakane Extension 22. The combined delivered RDP units is 4 754 while 5 647 serviced stands have been provided. The combined total yield of these is 27 154,” he said.

Masina said the Ekurhuleni Metropolitan Police Department (EMPD) would intensify the fight against growing crimes in the central business districts of different town in Ekurhuleni.

“We have directed our law enforcement agencies to return law and order in the City. Those who are here illegally and doing illegal things must face the might of the law regardless of where they are coming from. We hope you, as the community, will be the eyes and ears of government. We do not want to find drug smugglers staying in this property (Kempton Village). If you know or hear of these activities, report to law enforcement agencies because this is what is destroying the social fabric of our society,” Masina said.