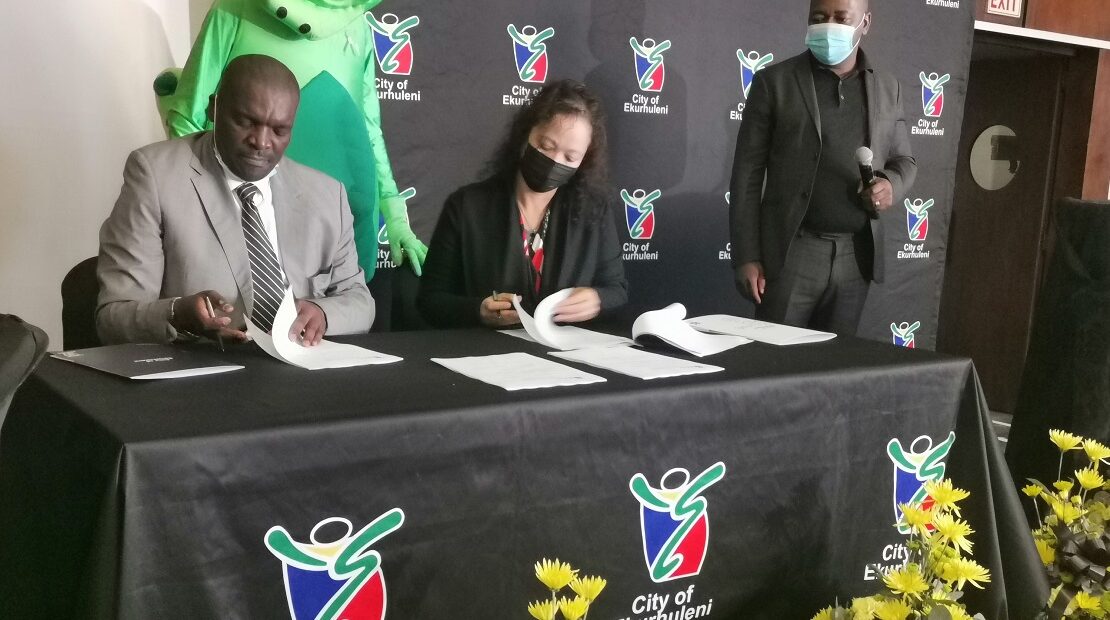 The City of Ekurhuleni has handed over 11 farms to successful bidders on its land release programme on Friday 21 May at the Germiston Banquet Hall. The programme is one of the City’s flagships where portions of land owned by the City are handed over to emerging farmers for a period of nine years eleven months lease agreement in an attempt to revitalize and promote the agricultural economy in the City.

The Executive Mayor Cllr Mzwandile Masina said the City’s commitment to sharing land with the masses is vital for the economic growth of the City. A significant percentage of our country’s internal trade is in agricultural products and the multiplier effect resulting from the industry.

“A large part of the revenue of government, including from industries such as transport relies on the success of the agricultural sector.

He said “the agricultural sector is responsible for creation of jobs and broader economic growth in the City. The sector employs more than 1 million people in South Africa.

“The National Development Plan has identified irrigation farming as one of the strategies to create a million more jobs in agriculture”, said Masina

The Member of Mayoral Committee for Finance and Economic Development Cllr Nkosindiphile Xhakaza said “the City’s 10 point economic plan has identified land release programme as a key driver for economic growth and job creation in the City.

“We have initially identified 56 farms through this programme and we will soon embark on the second phase where we will hand over the remaining 45 farm land to successful bidders said Xhakaza.

“He said land plays a critical role for the economy to thrive and the City’s vision is to release portions of land for commercial purposes in an attempt to transform the economic trajectory in agriculture and farming”.

Abigail Bestenbier from Fuziline (Pty) LTD who is one of the successful bidders in the programme said “ The City of Ekurhuleni is pioneering in the distribution of land and this move is a game changer and it’s all thanks to the Executive Mayor and his team.

“This programme affords emerging farmers an opportunity to cultivate land that was underutilised to grow our communities. It affords us the opportunity to play a critical role in expansion of our export sector of the economy in which the Aerotropolis is a fundamental catalyst to growth, said Bestenbier.