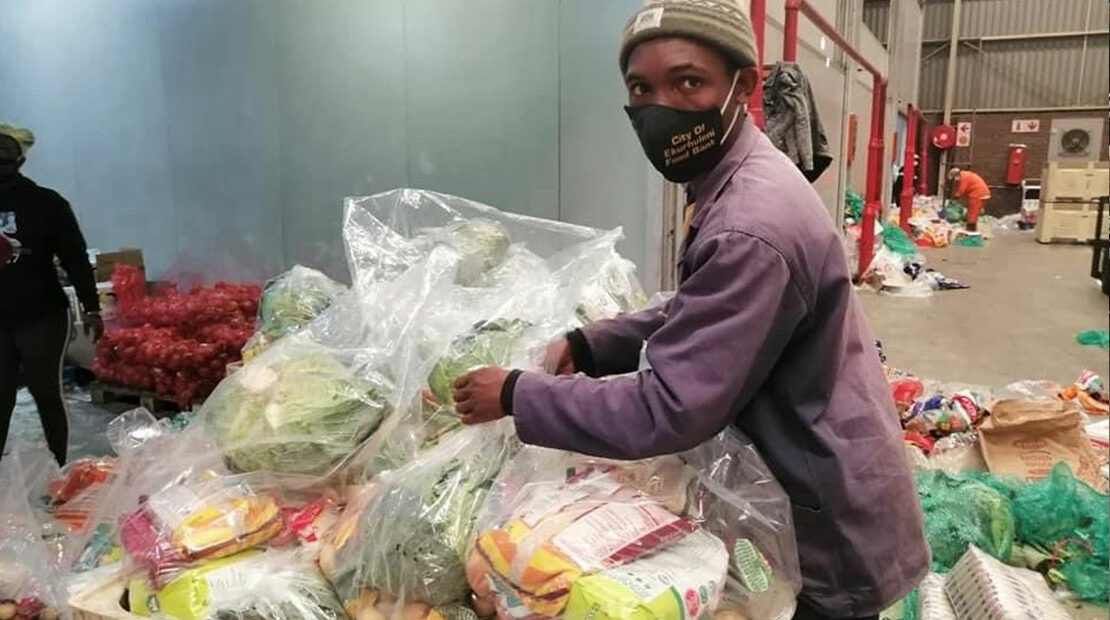 Ever since the conﬁrmation of the ﬁrst positive case of the novel coronavirus in South Africa, life has never been the same.

The country’s economy came to a complete standstill for a period of 21 days, save for businesses in essential services, following President Cyril Ramaphosa declaration of the State of National Disaster and the recommendation of a total shutdown of the country, which began on March 27.

Many companies could not survive under the stringent lockdown regulations with loss of production and people could no longer go out to fend for their families as a result, mayhem ensued in many poverty-stricken households.

As such, the Executive Mayor of Ekurhuleni Cllr Mzwandile Masina launched the City’s foodbank in April 14, to reach out to those who are hardest hit by the difficulties of COVID-19 lockdown regulations by donating dignified food parcels to them.

To date, 119 donors have made donations of goods consumables and none consumables to an estimated value of R9 million. There are 47 181 applications received of which 2065 have been disqualiﬁed. Meanwhile, 27 447 food parcels have been distributed to distressed households and in total there’s been 137 230 or 4, 3% of the total City of Ekurhuleni’s population reached.

The Executive Mayor has been working hand in glove with the members of the Mayoral committee (MMC) for Human Settlements Cllr Lesiba Mpya together with MMC for Community Services Cllr Nomadlozi Nkosi to identify and reach out to deserving residents of the city in informal settlements areas.

The City’s oﬃcials in the department of social development have been doing door-to-door visits in all households that applied for the food parcels to do quality checks. Qualifying residents would have food parcels delivered at their doorstep.