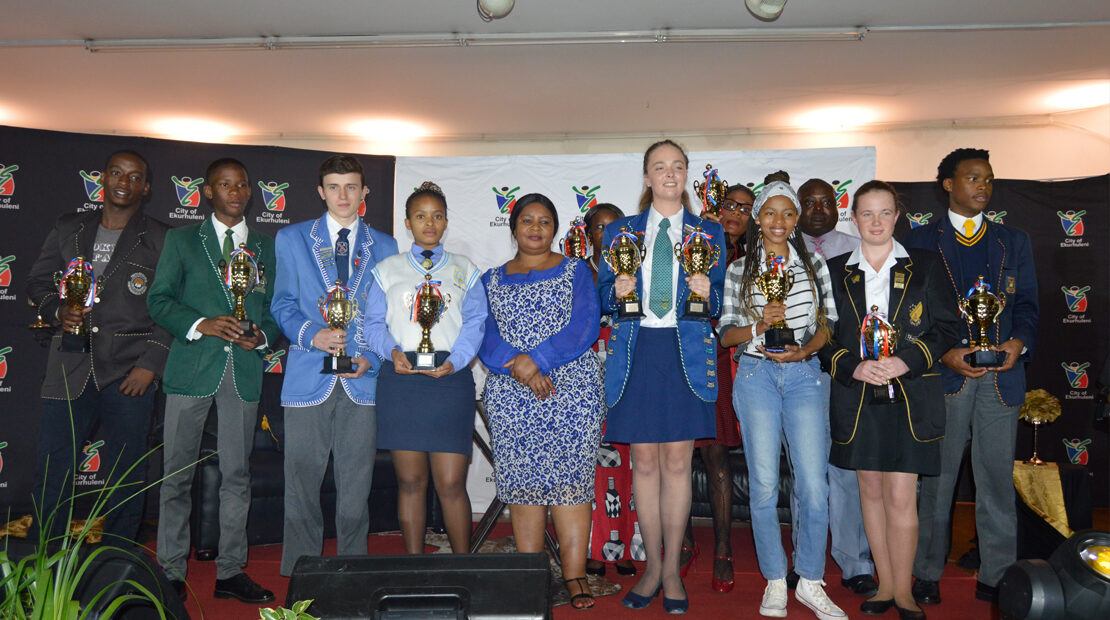 The City honoured and celebrated the best-performing matriculants from the 2019 academic year at an event hosted by Executive Mayor Cllr Mzwandile Masina on 29 January.

Mayor Masina said the R100m bursary fund from R10m, was introduced in 2016, and is his administration’s way of investing in education in the City.

He said that although education is not a primary function of local government or a municipal competency, that the City has a moral obligation to play its part in assisting national education departments to realise their mandates.

This means that the number of beneficiaries has increased from just under 300 to around 2 000. Many beneficiaries were at the awards, including Katlehong-born Lerato Tsuping, who is now a qualified architect.

Others included Dr Lisa Nunes, a medical doctor, and Kamogelo Motsoagae, who is now a qualified physiotherapist.

Ulrika Amor Smith from Hoërskool Jeugland in Kempton Park was honoured as the best performing matriculant, while Lethabo Mokholo from Unity Secondary School in Daveyton received top honours as the best learner from a priority school.

Priority schools are those in townships, which Ekurhuleni targets for social investment. Fifteen matriculants from priority schools were awarded full scholarships from the City to study further.