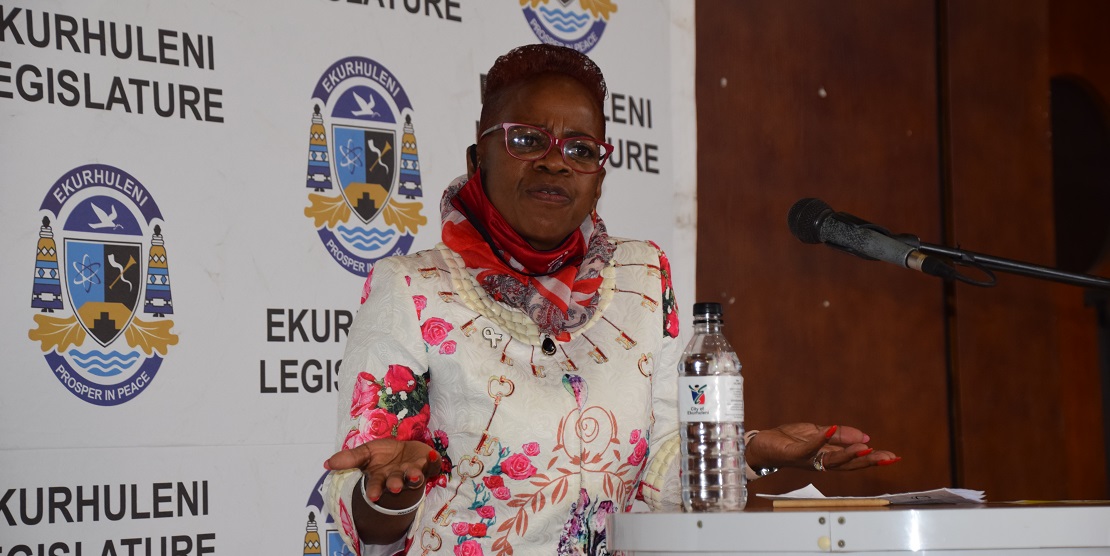 The City of Ekurhuleni joined the world in commemorating World AIDS Day on 1 December with a ceremonial releasing of balloons at the OR Tambo Government Precinct Administration Building in Germiston.

The balloon release ceremony was presided by Naledi Modibedi, Head of Human Resources Department, who let 50 balloons soar into the sky in remembrance of the City’s employees and residents who have passed on due to HIV/AIDS-related illnesses.

A dialogue was also hosted at the Germiston Civic Centre by the Speaker of Council, Alderman Patricia Kumalo, with eminent members of the community to converse on societal ills.

Speaking at the dialogue Gladys Hlophe, an HIV/AIDS activist, reiterated that the misconception that a HIV-positive status is a death sentence must be eradicated.

“Being HIV positive is a chronic illness. Gone are the days when people died of HIV, but rather people die from stigma. Let us show love and respect to those infected and affected by HIV,” said Hlophe.

Hlophe commended health practitioners for making strides in the treatment of HIV/AIDS, as patients have moved from taking three pills a day to one pill a day. This has also increased the life expectancy of people living with HIV/AIDS.