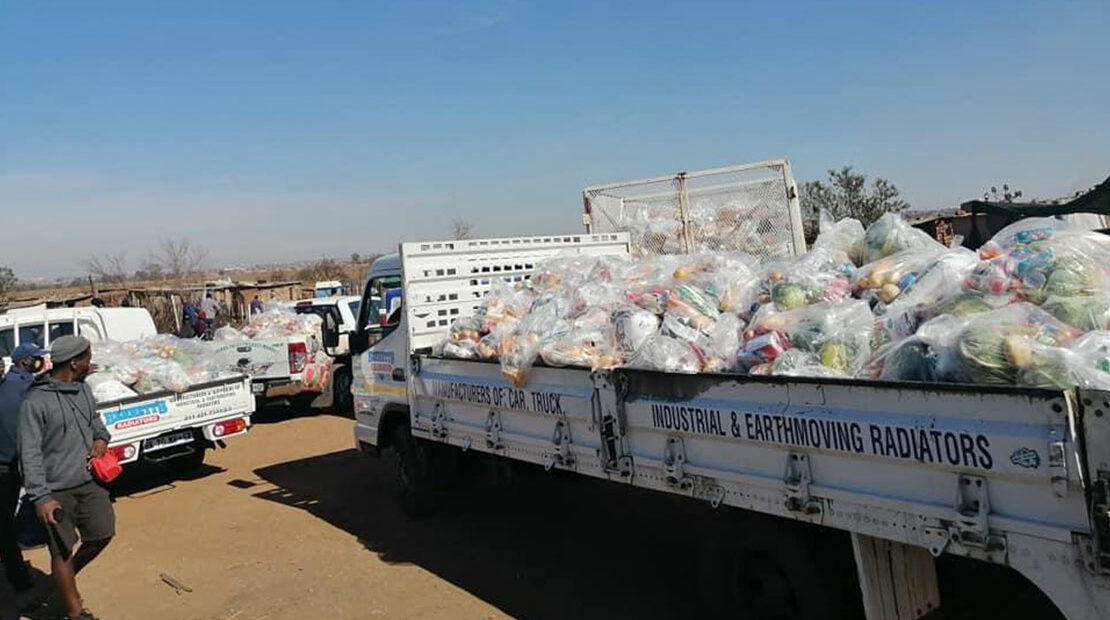 Executive Mayor Cllr Mzwandile Masina together with the MMCs of Community Services and Human Settlements resolved to fully reach out to residents of identiﬁed informal settlements.

Thereby wavering the food parcels application criteria, given the dire poverty situation in those areas. Therefore, the MMCs and the foodbank oﬃcials have set aside Fridays to visit informal settlements to conduct the door-to-door deliveries.

The number of food parcels donated per informal settlement are as follows:

MMC Lesiba Mpya working together with the oﬃcials from Social Development coordinated efforts to reach out to hostel dwellers around the city.

Over 5000 food parcels have been donated to the following hostels.

MMC Mpya commended the foodbank operations, stating that the process was transparent and fair. Work to reach out to more informal settlements across the City is still on going.

Furthermore, the City’s foodbank also reached out to community-based organizations such as churches, NGOs, sex workers as well as organizations and individuals in the arts and culture sector.