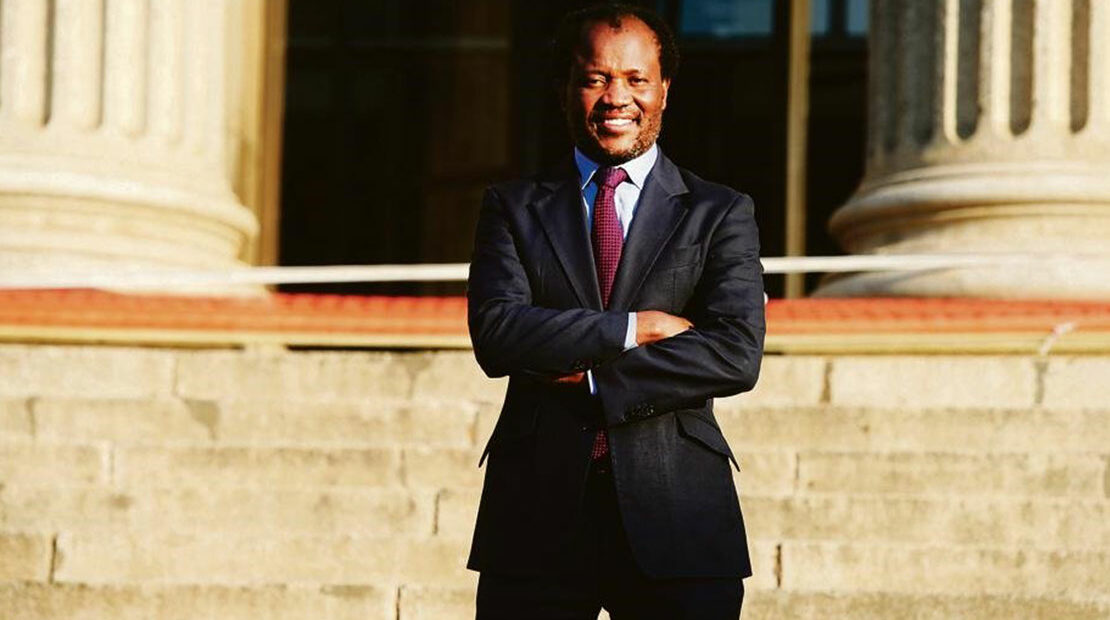 Wits University has announced Professor Zeblon Vilakazi as the new Vice-Chancellor for the institution from January 2021.

Professor Vilakazi, a top nuclear physicist from Katlehong, Ekurhuleni, will take over from Professor Adam Habib who will be leading the School of Oriental and African Studies in London as director from January 2021.

The Ekurhuleni resident earned his stripes in the university circle as he currently serves as a Principal and Deputy Vice-Chancellor in Research and Post graduate Affairs – a post he took up since January 2014 at the same academic institution.

On his appointment as Vice-Chancellor, Professor Vilakazi said, “I am extremely excited but also well aware of challenges that lie ahead in managing an institution as complex as this in the wake of Covid-19 pandemic. The economic devastation that arise due to the advent of Covid-19 will stretch the management to its limit and compel them to dig deeper in finding lasting solutions for the institution.

“The research output has doubled during my tenure in the institution. This is because of the team effort and buy-in on the vision that you are trying to project in ensuring that you maintain a strong footprint in the entire research space. My challenge now is to build up on the achievements by Professor Habib and all executive staff members in the past eight years against the backdrop of all the challenges we have faced as an institution.”

He paid his tribute to Professor Adam Habib for the sterling job of running the institution with great professionalism and extreme commitment.

“I have experienced incredible growth under Professor Habib as I worked closely with him in the past six years. I am from the field of science and he has an incredibly artistic ability to deal with the media. Watching him interact with the media gave me great inspiration and much respect for him. As I will be leading the institution from January next year, I will need to improve my media relations skills as this was his area of specialisation,” said Prof Vilakazi.

On ‘fees must fall’ he said, “The institution has been working with limited information to enable it to come to an amicable solution at the time. Looking back with hindsight, I have all the solutions unlike the time when the protests were taking place. We took the events of the time as a learning curve for the institution and they afforded us an opportunity to have a better way of avoiding such crisis when it happens in the future.”

The Covid-19 outbreak has forced the acceleration and usage of fourth industrial technology such as online learning. He warned however, that online learning is not a silver bullet for education challenges. He said the future drives us to use both classroom and online learning, which is ideal for networking and interacting with students from diverse background, said the professor.

“I am planning to make Wits University a learning institution that attracts the smartest tech savvy innovations. The idea we have is to educate job creators of the future and not job seekers in the space of technology. We want to develop a new tech hub around Braamfontein that will be an attractor for some of the innovative, driven youngsters across the country. We want to be the most innovative institution of the 21st century.”

Prof Vilakazi was appointed Group Executive for Research and Development at the Nuclear Energy Corporation of South Africa (NECSA) in 2011, while also serving as the director of iThemba LABS – a position he has held since January 2007. He also holds an Honorary Professorship in the Department of Physics at the University of Cape Town (UCT).

He took up an academic post at UCT in 1999 where he was instrumental in establishing South Africa’s first experimental high-energy physics research group focusing on development of the High-level Trigger for the CERN-ALICE experiment at the Large Hadron Collider. He also served as a visiting scientist at the Atomic Energy Commission and Alternative Energy in Saclay, France.

In 2010 he was nominated by the World Economic Forum as a Young Global Leader and is a member of the Academy of Sciences of South Africa.