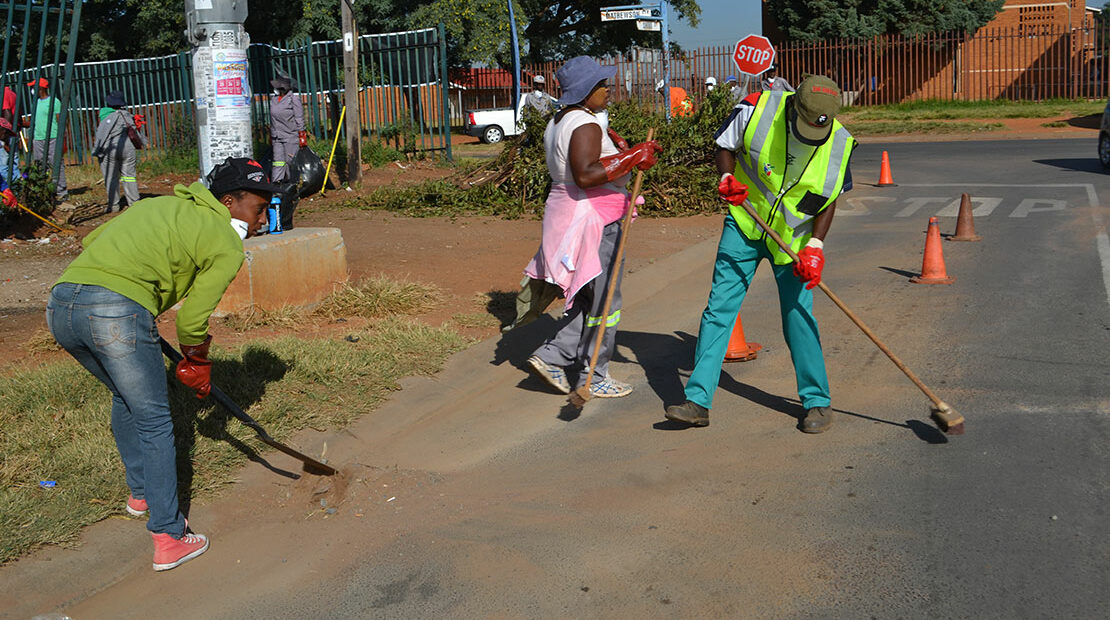 Residents of Phola Park in Thokoza, roll their sleeves to keep their townships clean.

Following a string of service delivery protests due to power outages, many townships were left with heaps of dirt lying on the roads from protesting residents.

The city’s department of Waste Management Services moved into the townships that were closed off due to power outage protests to pick up dirt thrown on the streets. However, ashes from burnt tyres, tree trunks and big rocks obstructing traffic and causing harm to the environment were left there.

As such, some residents of Phola Park have taken matters into their own hands to keep their neighbourhood clean. The residents then decided that following the removal of solid waste by the city, they also need to return the look and feel of their neighbourhood to its former glory by using their own tools to sweep their streets clean even though their electricity woes persist.

Tokello Seeiso (30) is a young person and a resident of Phola Park and he was part of the group that was protesting for power outages in the past few weeks, but he says he is against the vandalism of municipal facilities and pollution resulting from these protests.

“Our main issue is the constant power outages, and I feel it is our right to raise issue with our authorities if needs be. However, im appealing with my fellow residents not to cause any harm on the municipal facilities, littering and the blockage of roads,” said Seeiso.

The residents have pledged to keep their neighbourhood clean and engage meaningfully with the authorities when the need arises.

Furthermore, the city’s technicians are working around the clock to provide stable electricity supply to all residents of the city.