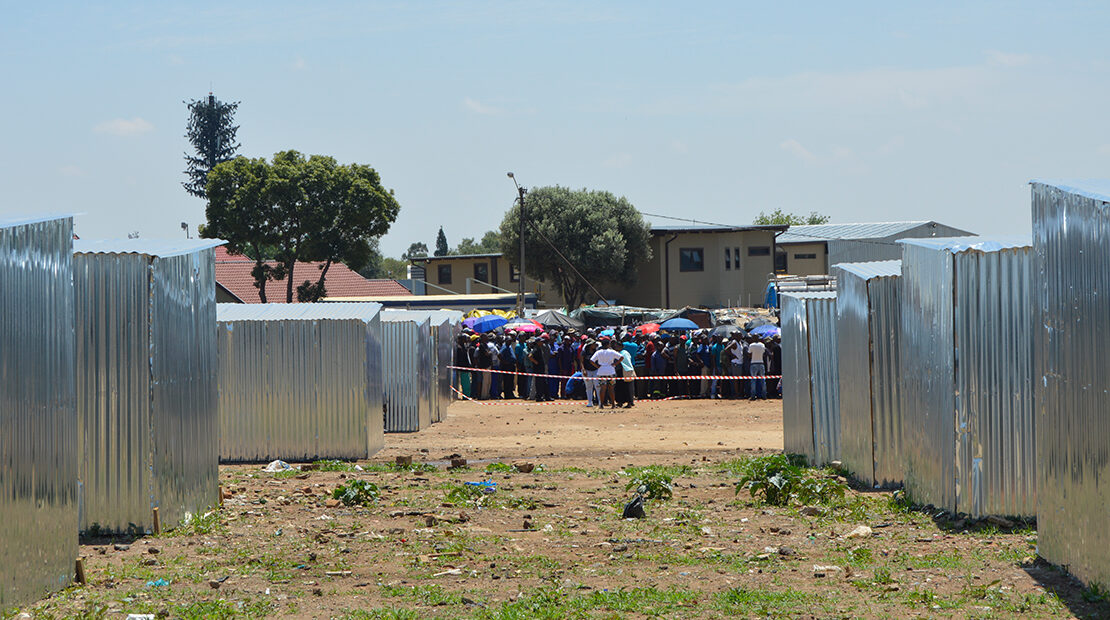 The City allocated 430 shacks to the victims of Pomona informal settlement fire on Wednesday, 27 November 2019, following a fire that turned the settlement into ashes on 30 September.

Humanitarian services and temporary accommodation were provided to the displaced residents at Benoni Community Hall – this included food, social services and sanitation.

Shacks were rebuilt in a pattern that follows the City’s programmme to re-block informal settlements; reblocking entails alignment of streets so that basic municipal services are provided such as electrification, sanitation and piped water provision.  The space between the shacks has been increased to cub rapid spread of fires and the roads widened to accommodate emergency vehicles.

Piped water is provided through eight communal taps, while sanitation and weekly waste removal services will also be provided. Shirly Mogotle, one of the beneficiaries of rebuilt shacks, said, “I still remember vividly the day the fire broke out. I lost everything. I did not know what to do and we were taken to the shelter. Today I am so grateful the City has assisted me to rebuild my livelihood.”