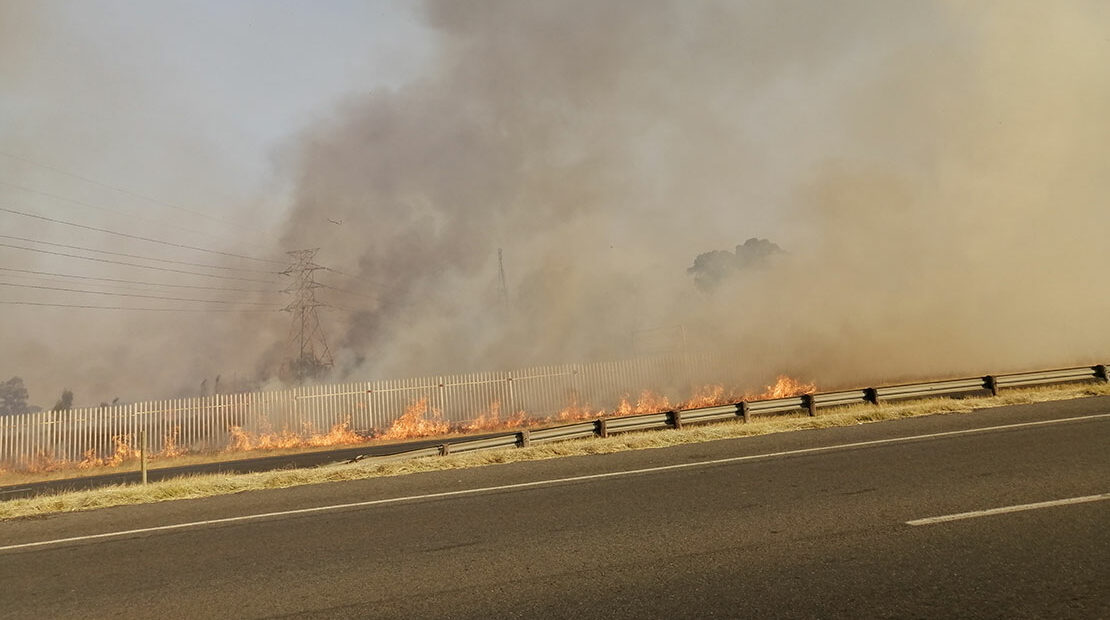 The winter season is upon us, the cold temperatures cause vegetation to dry up. As such, any slight spontaneous ignition of the dry vegetation may lead to veld fire and consequently atmospheric pollution.

The month of June Is Environment Month, the City cautions residents about the dangers of starting veld fires. The inappropriate disposal of garden waste is a major concern during the winter season, particularly with the need to dispose of dry tree leaves in the residential areas.

The large amount of smoke emitted during the burning of dry vegetation on the veld is not only harmful to the environment, but it can also cause severe health complications such as irritation to the eyes and negatively affect those with chronic lung diseases. Meanwhile, major veld fires next to the busy routes are subjecting motorists to fatal crashes due to obscured visibility.

Veld fires can start and spread quickly and are extremely dangerous to life and property. The main leading causes of these include; the careless disposal of lit cigarette buds, direct and deliberate causes such as chemical reaction and firelighters.

Subject to provision of the National Veld and Forest Fire Act and Environmental Management Act, no person may make an open, uncontrollable or unattended fire or permit a fire to be made in such a manner as to pose a real or potentially real threat to any human being, animal, building, premises or other properties. Permission for such needs to be obtained from the local Chief Fire Officer.