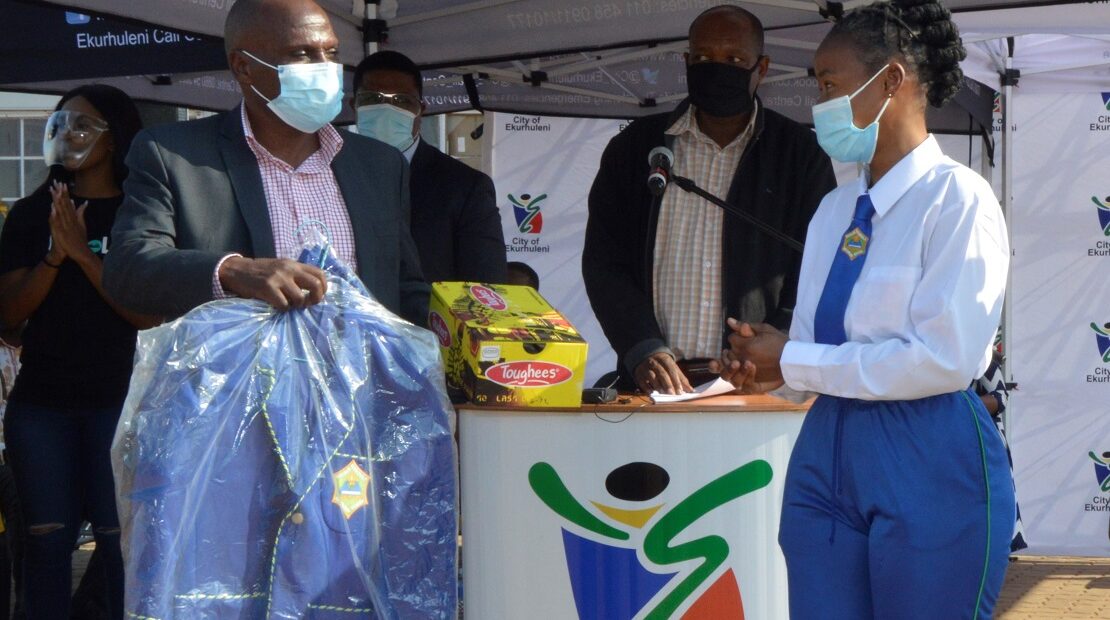 Learners from Winnie Mandela Secondary School received school uniforms and laptops from the City and some of its partners on Friday, 12 March.

The handover was led by Member of Mayoral Committee (MMC) for Community Safety Cllr Pheladi Mmoko was attended by Ikholo and Swissport Electronics, who partnered with the City. The MMC said the City was happy to be at the centre of changing lives for the City and its learners through such donations.

He also commended the school for always showing improvement in its matric results every year since the beginning of the partnership between the City and the school.

Speaking during the handover Thabisile Zikhali from the iKholo urged learners not to undermine themselves.

“Work hard and have faith that one day you will reach your dream. Defy the situation you are in. The fact that you are coming from a disadvantage background does not mean you will stay there, you can come out of it. Keep pushing and do right even when nobody is watching,” Zikhali said.

She called on parents, teachers and learners to use apps like iKhono that can help them with school work.