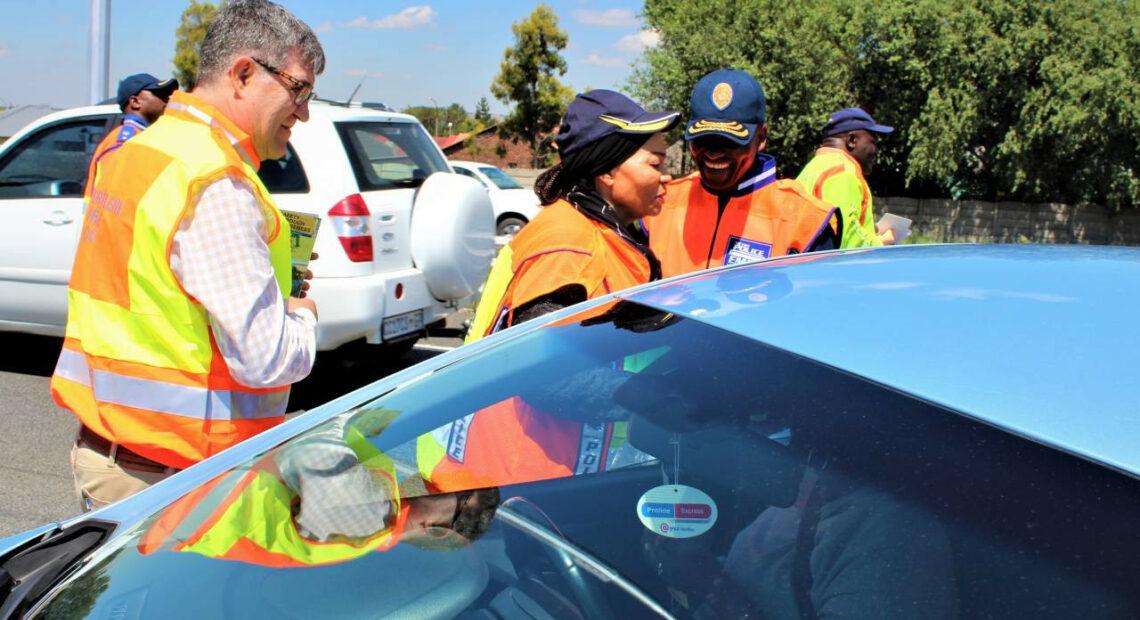 A Safer Holiday Period for All

Road users are urged to obey the rules of the road and be courteous to fellow motorists over the holiday period. This, said Mayoral Committee member for the community safety portfolio Cllr Vivienne Chauke, will go a long way to reducing road deaths over the festive season – a plea she made during the launch of a safer festive season campaign on Tuesday, 11 December, on the N3 southbound between Grey Avenue onramp and Heidelberg turnoff.

With the looming industrial shut down, closing of schools, long road trips to holiday destinations, this period has high traffic volumes with revelers prone to high alcohol consumption that can lead to crashes.

The City’s EMPD, emergency services members and Gauteng Traffic Police together with Gauteng Department of Education officials handed out pamphlets on road safety, dangers of substance and domestic abuse and wished motorists a safe and enjoyable holiday period at the launch of the campaign.

Although the objective was educational, 71 citations were issued for various offences, including three vehicles discontinued, two persons arrested for fraudulent documents and possession of dagga during the roadblock that took place between 9am and midday. Over 60 law enforcement officers stopped more than 800 vehicles in the process.
#CoEArriveAlive