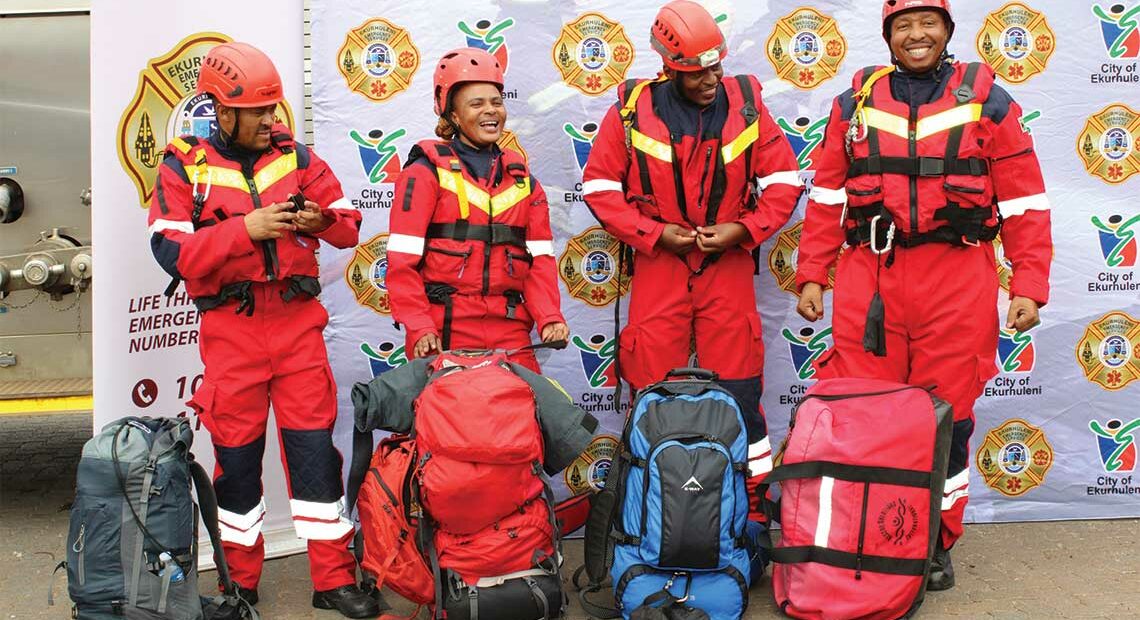 A four-man team from the City’s Disaster and Emergency Management Services (DEMS) forms part of the search and rescue operation in the disaster stricken Kwa-Zulu Natal.

The City is no stranger to lending a helping hand in national and international disaster stricken areas involving earthquakes, tsunamis and floods. It is proud of its officials that form part of the team sent down to KZN by the Gauteng province.

The City’s emergency services is in the forefront when it comes to USAR specialisation. The course modules are acquired in the DEMS training academy based at the Leon Ferreira Fire Station in Boksburg.