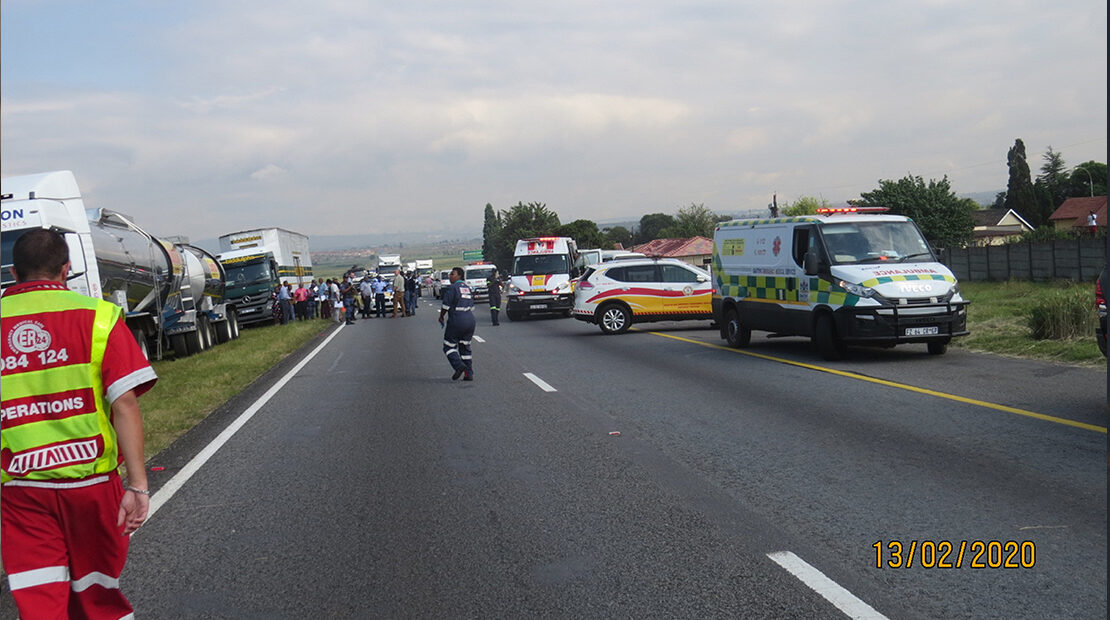 Failed Cash in Transit Heist on The N3

A male security guard sustained critical gunshot wounds to the head after an attempted cash in transit heist on the N3 freeway south bound this morning (13 February) near Leondale Road off ramp.

City of Ekurhuleni Disaster and Emergency Management Services (DEMS) were alerted at 07h50 and Fire and Rescue from Vosloorus were dispatched immediately to render necessary pre-hospital medical services to the casualties.

On arrival, one male was found behind the steering wheel with gunshot wounds. Advance life support medical treatment was initiated and was airlifted to Union Hospital for further medical care.

Both N3 south- and north-bound had to be temporarily closed for the duration of the operations. According to information on scene, the suspects escaped unharmed. The scene has been handed over to the South African Police Services (SAPS) for further investigations.