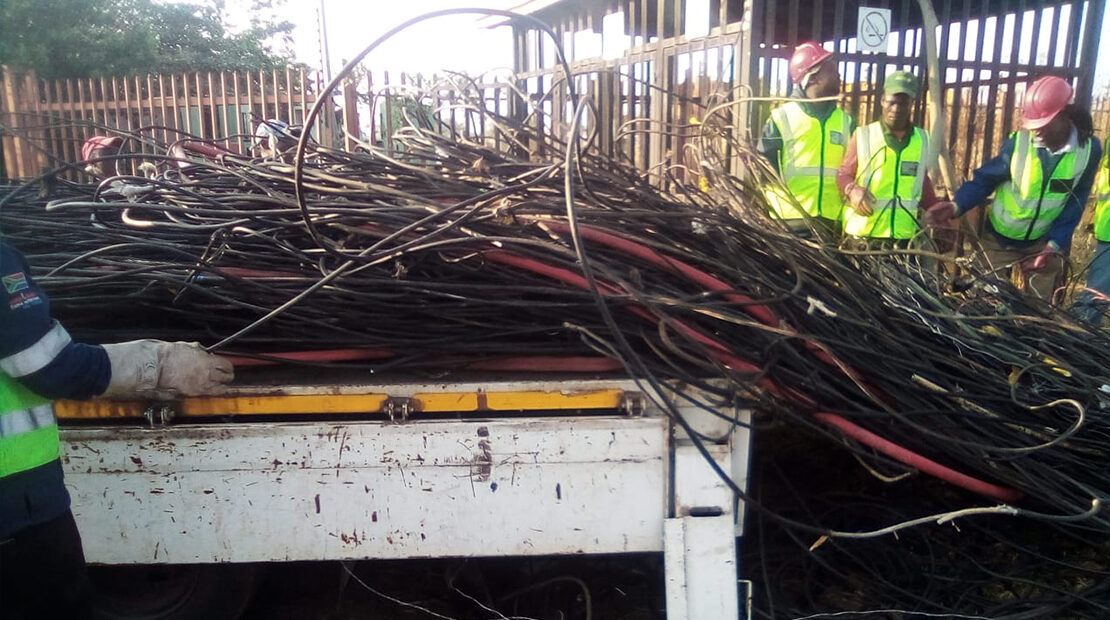 City officials, in partnership with Eskom and SAPS, removed more than 1 500 illegal connections in Brakpan on Thursday, 10 October.

The operation came hot on the heels of another operation undertaken on Tuesday, 8 October, where about 1 200 illegal connections were removed at Somalia and Wolf informal settlements.

Several truck-loads of scrap copper, wires and other illegal reticulation were removed from the area. The scrap metals and wires removed are to be sold on auction.

These add to the 86 000 illegal connections the City has already disconnected in the past year. More than R600 million in revenue is lost annually due to electricity theft, in addition to the losses suffered by local businesses during electricity outages because of illegal connections. These connections are not only illegal but also dangerous, especial to children and animals who can be electrocuted by the exposed wires.

Illegal connections have also led to power failures due to the damage they cause to the electricity supply infrastructure, such as transformers. These connections lead to over load on the grid, power tripping and burning of transformers.

More than eight people are facing charges of tampering with essential infrastructure, and if found guilty will face serving time in prison.

The City continues with its operations to disconnect illegal connections.