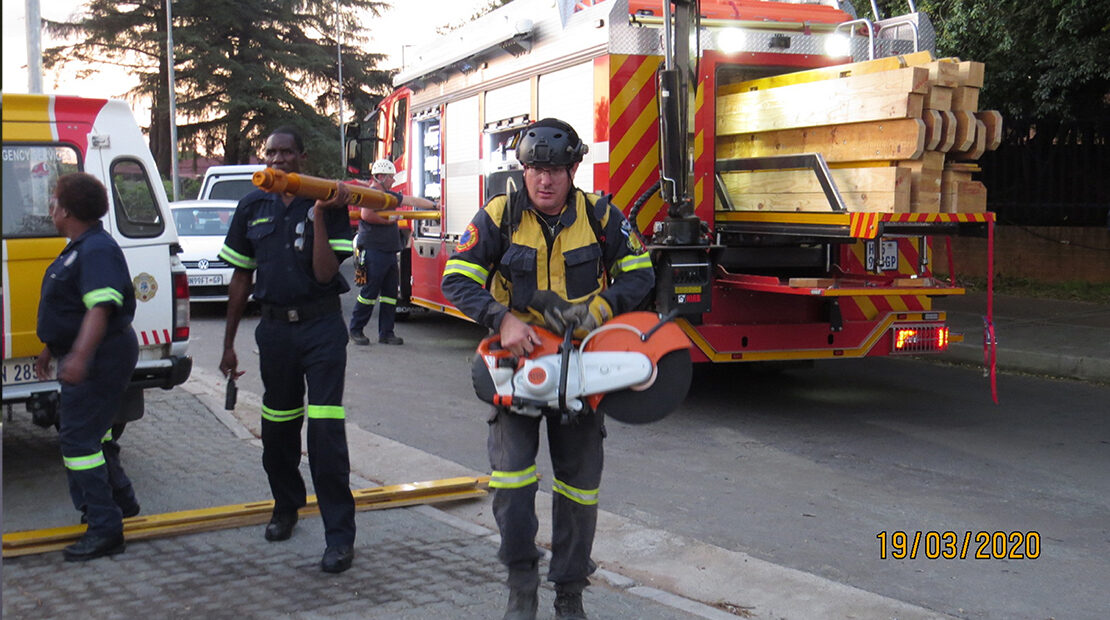 The body of an illegal miner was recovered by City of Ekurhuleni rescue team who worked in collaboration with South African Police Services (SAPS) K-9 unit on Thursday evening, 19 March, in High Road Germiston.

The rescue team from Germiston central and Boksburg fire stations responded to the scene after being alerted by SAPS officers about the incident. As per information, it is alleged that the man performed illegal mining activities in an open piece of land when the trench collapsed on top of him, effectively burying him.

Led by the police K-9 unit, the team was able to find where the man was buried and was recovered.  All necessary trench rescue equipment was used for shoring the trench when rescuers were recovering the body.

It took the team over six hours to recover the body – the operation started at 13h20, when the call was logged, and the body was recovered at 20h00. The man was declared dead on scene by City  paramedics before being transported by Forensic Pathologies to the pathological facility in Germiston.

The scene was handed over to the police for further investigations.