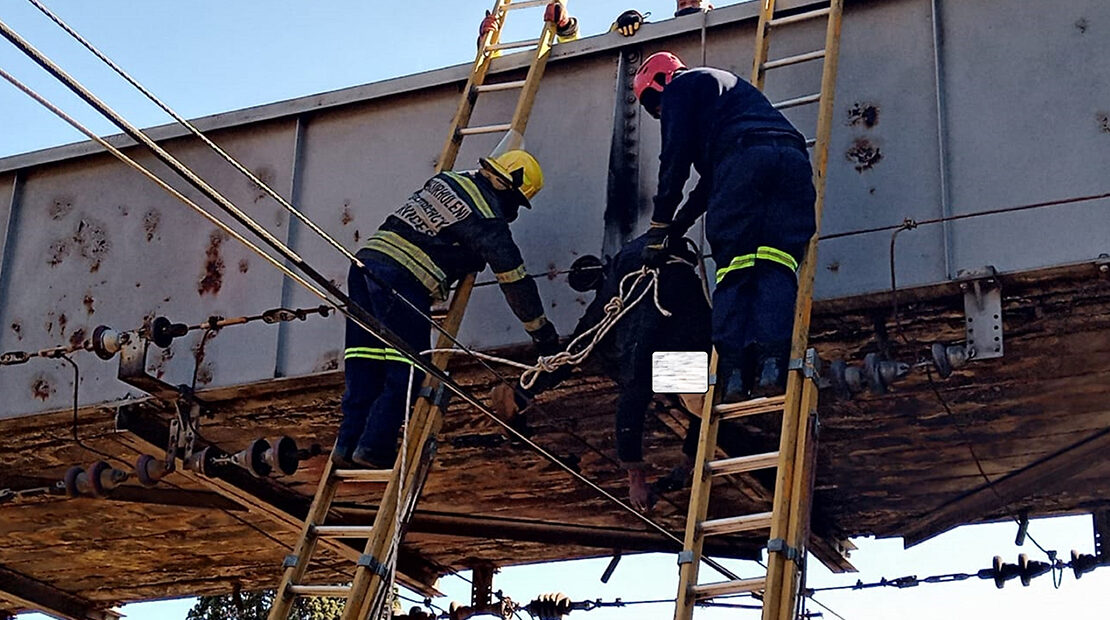 A man was electrocuted when he allegedly attempted to cut the 3 000 volts electrical overhead power cables at Germiston Lake train station this morning.

The City’s Disaster and Emergency rescue team were alerted at 09h10 and on arriving at the scene, found the motionless body of an adult male hanging from high powered electrical cables. A cutting tool was found between the railway lines just below him.

The team was only able to bring body down when the power was isolated – he was declared deceased on the scene by paramedics.

A similar incident occurred last week where the same rescue team had to recover the charred body of an adult hanging from the power lines at India train station, Germiston, not far from today`s incident.