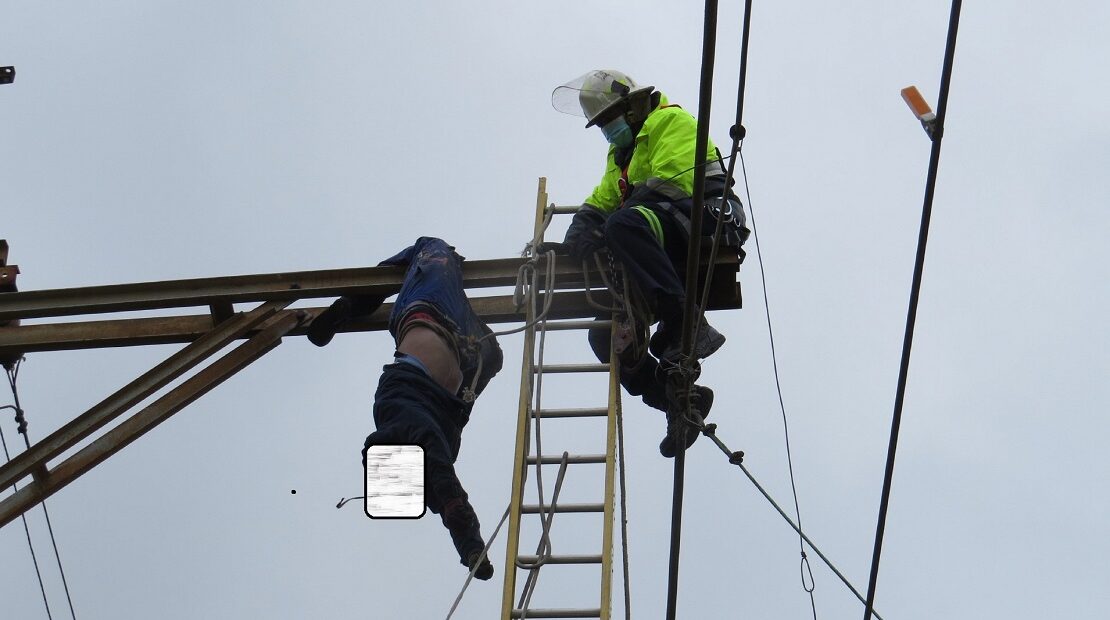 An unknown middle-aged man was found hanging on the high voltage electrical power lines on the railway line in Rondebult this morning (29 January).

The incident was reported and fire and rescue team from Wadeville fire station swiftly responded after receiving the call at 09h42.

On arrival the motionless body was still hanging on an 8,5m high switch structure above the rail line. After the power supply was switched off, a team of seven rescuers managed to bring the body down using a ground ladder and ropes.

It is alleged that the deceased was tampering with the live 3000 volts power lines at the time of his death.