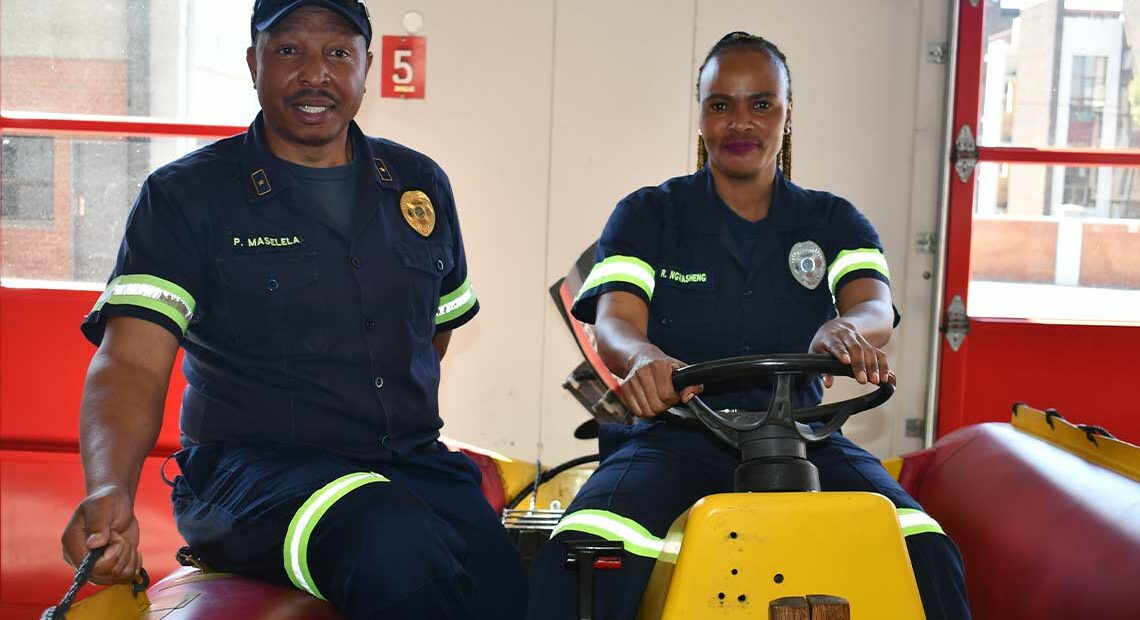 Ekurhuleni’s Member of Mayoral Committee for Community Safety Cllr Letlhogonolo Moseki has congratulated four emergency services officials for their bravery and dedication after their search and rescue mission work in flood stricken KwaZulu-Natal.

Bafana Masilela, Choene Rosa Ngwasheng, Pusetso Mosia and Sithembiso Khoza were congratulated for their heroic work when they returned from their deployment in KwaZulu-Natal on 28 April 2022.

“These officials are dedicated to preserving life and have demonstrated that they serve selflessly. They are heroes who bring light during the darkest situations and for that, I salute them,” he said.

The four officials joined emergency services teams from Gauteng province that comprised of firefighters, paramedics and rescue technicians from the City of Johannesburg, City of Tshwane and Gauteng Provincial Ambulance Services.

Areas where the team worked included Ntuzuma, Kwandengezi and Inanda Dam, where they assisted in retrieving a number of bodies, including a 12-year-old boy who was swept away by the floods while his parents, who are both police officers, were out working to assist floods victims.