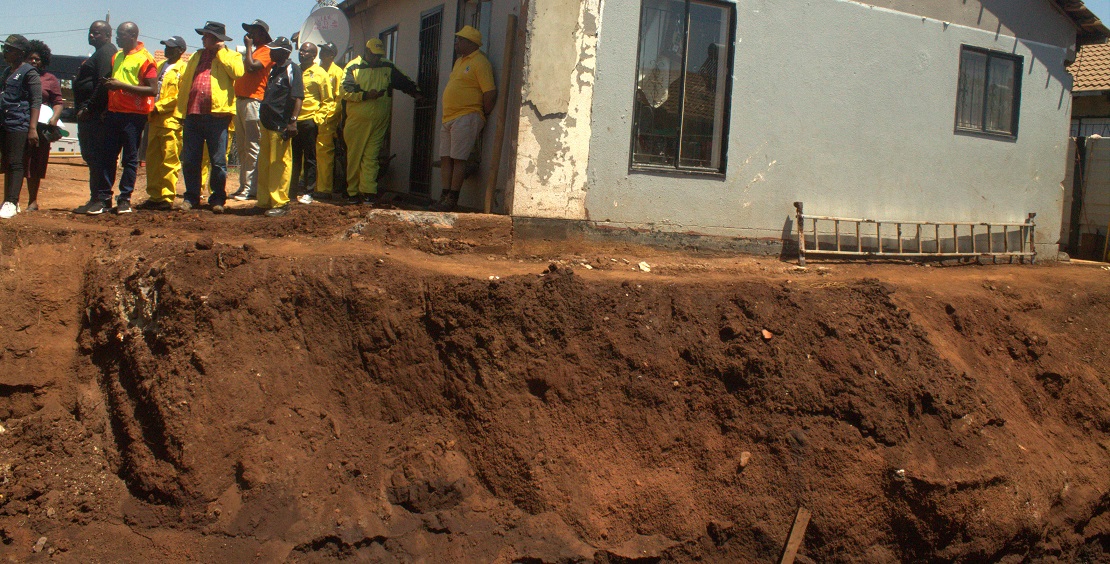 Water Ponds Could Lead to Sinkholes

With the ongoing rain, residents are urged to look out for any signs of a sinkhole developing on their properties.

Glory Momubaghan, Geotechnical Chief Engineer in the City Planning Department said that sinkholes develop due to a concentrated ingress of water into the ground, inappropriate connection of stormwater and drainage pipes, including sewer pipes. One of the signs residents should look out for in the development of sinkhole is water ponds.

“A sinkhole is a hole in the ground caused by ingress of water from leaking water-bearing services and poorly managed surface water drainage, leading to subsurface mobilisation or erosion,” he explains.

According to a study conducted in 2010, a total of 52% of land in the City is dolomitic. Subsurface (mobilisation or erosion) of dolomite residuum called WAD (weathered altered dolomite) leads to a cavity.

That is why the City is replacing the old concrete pipes with high density polyethylene (HDPE) that withstands the unstable ground. These pipes are able to move with the ground as the earth shifts without breaking.

“The underground leaks are dangerous. They are like a silent killer as in the dolomitic areas they fast track underground erosion which leads to the development of sinkholes.

“These includes cracks on the ground, floor and walls of the house. The tilting of the one side of the house, slight sinking of the ground or depression or unexplainable holes in the yard, no matter how small, it might be the beginning of a sinkhole,” Momubaghan said.

It is important to use professionals when building or extending your house who will do land surveying, lay relevant plumbing and building material.

If residents suspect dolomite or sinkhole signs report it to your local Customer Care Centre (CCC).