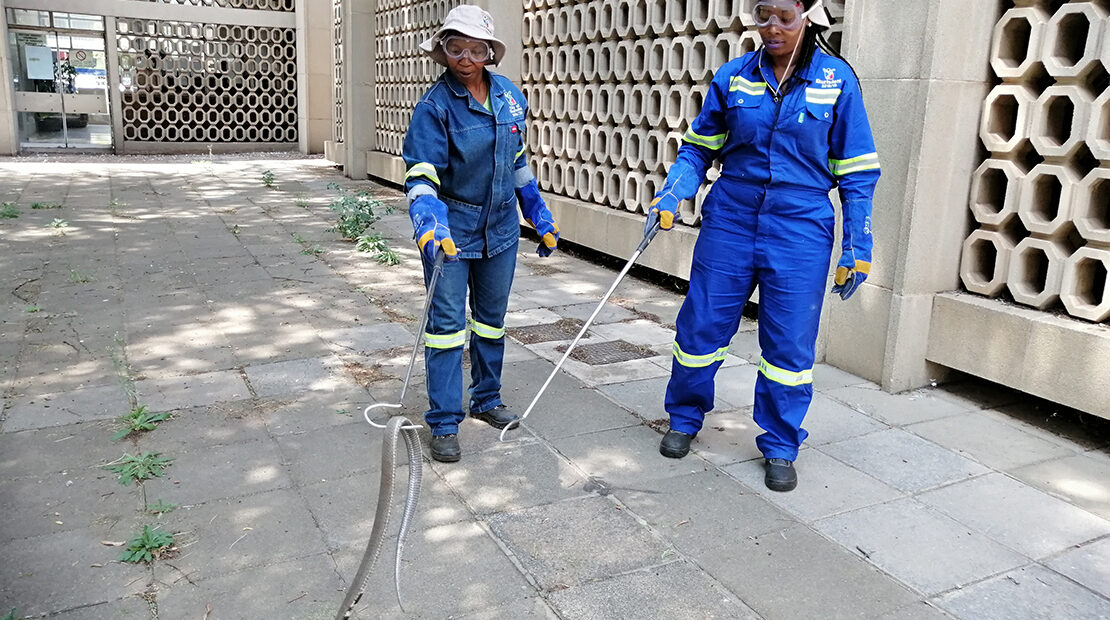 Hot weather has snakes becoming more active and to help out when needed, the City has increased the snake handling staff compliment to enhance community safety and conservation of the hissing creatures.

Mapaseka Maleka and Mbali Masango are both from Daveyton and share a passion for environment conservation, including snake handling. Having undergone an intense snake-handling course at the African Snakebite Institute, they are now well equipped with skills such as snake awareness, first aid for snakebites, and venomous snake handling techniques.

Mapaseka said it took guts and bravery on her part to develop a passion to handle snakes, given that it is a field perceived to be mainly for men.

“I used to see my male colleagues responding to calls from members of the community to assist with snakes in their houses and I would see how terrified some people get by just looking at a snake in incidents where I went with my colleagues. That was when my passion to assist others grew. More importantly, I wanted to assist with first aid to those who were bitten by snakes,” Mapaseka said.

Ekurhuleni is home to the Brown House Snake, among others, known to frequent human dwellings to feed on rodents or lizards. It is completely harmless and relies on muscle power to constrict its prey. This snake is active at night and is relatively slow moving.

Meanwhile, the Rinkhals resembles a Cobra and is very poisonous and deadly. It can spit venom with reasonable accuracy up to a distance of about two metres.

Once the snakes are caught, Mapaseka and Mbali release them by donating them on behalf of the City to The Snake City in Edenvale for conservation and educational purpose.

PIC 1: Mapaseka Maleka (left) and Mbali Masango handling a rinkhals they had just caught in a residential area in Etwatwa, Daveyton.