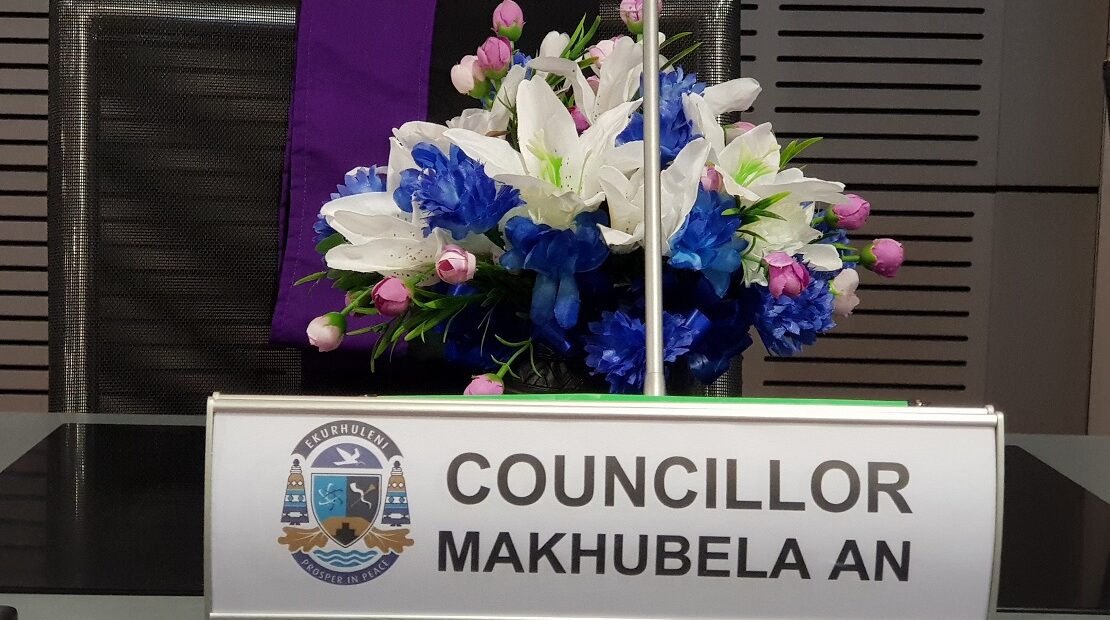 It is with great sadness that Council announces the untimely passing of Ward 89 councillor, Cllr Albert Makhubela (ANC) on 30 January 2021.

Sworn into his role in November 2020, Cllr Makhubela’ s tenure was a short one. However, he had an illustrious history of servanthood. Well known by his community, he exemplified the values of an astute leader who encouraged development and led with a selfless mindset. He was a member of the Transport Planning and City Planning, Section79 Oversight Committee.

Overwhelmed by his untimely death, Speaker of Council Alderwoman Patricia Kumalo registered grief at the loss of yet another councillor in such a short space of time.

“We can never say death has become familiar, no matter how many times it happens, Cllr Makhubela still had much to contribute in public service and was excited to be part of Council. Losing such a valuable person is indeed tragic.”

May his family, friends, his ward, community at large and his political home, the African National Congress find peace and comfort during this trying time,” said Ald Kumalo.

Council held an extra ordinary sitting where it declared a civic funeral for Cllr Makhubela in line with Council’s funeral policy. The funeral proceedings will be conducted in line with the current Disaster Management Act regulations (Adjusted Level 3).

In consultation with the Makhubela family it was decided that a memorial service will not be held as the funeral will be held in Louis Trichardt, Limpopo.