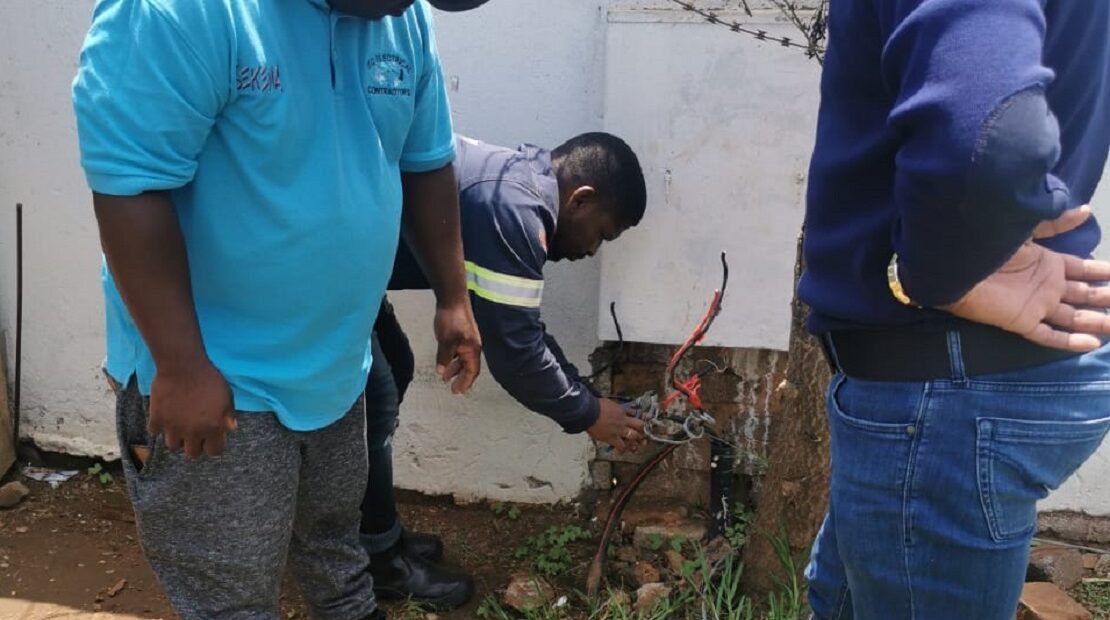 The City’s Energy and Finance departments recovered R397 430 from stolen electricity by residents of KwaThema, Duduza and Langaville and Brakpan.

This was during a two-day operation carried out by the Ekurhuleni Metropolitan Police Department together with the two departments.

On Wednesday, 11 November 2020, the operation in KwaThema, Langaville and Duduza resulted in 102 fines issued to residents who had connected to the grid illegally. Each resident was fined R3 613.79 each.

The following day, the teams moved to Brakpan, where clients owing on their electricity bill were disconnected.

Should you see or suspect any illegal connections or activities, please report to the call centre on 0860 543 000 or email call.centre@ekurhuleni.gov.za