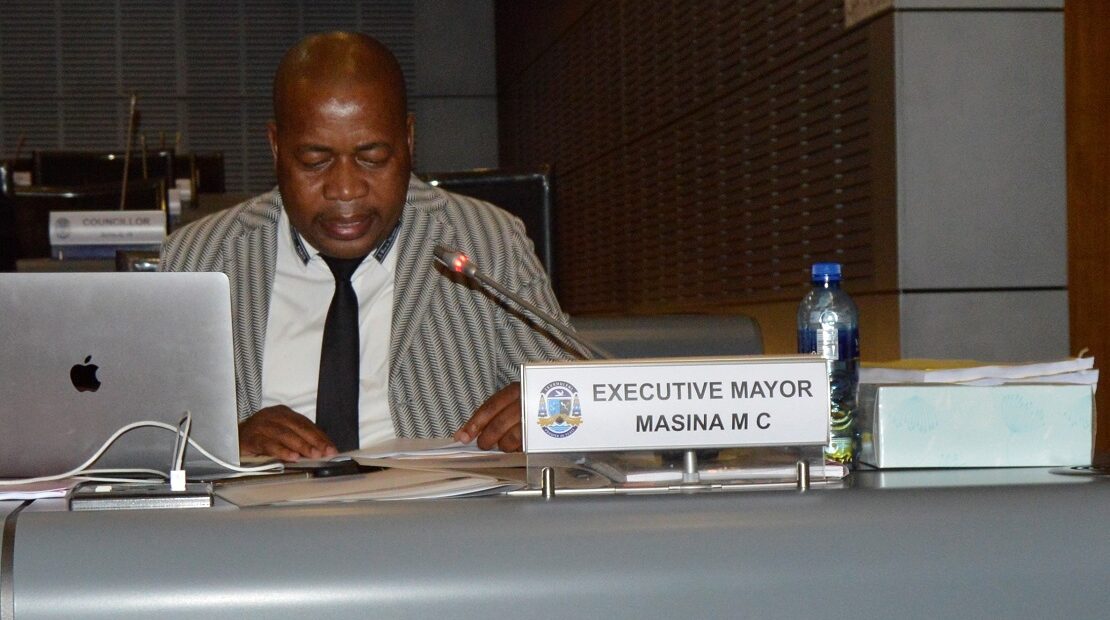 “This last Council meeting of the year is taking place during what is undoubtedly one of the most important periods in our nation’s calendar: the 16 Days of Activism Against Gender-based Violence.

This annual campaign, which began on the 25th of November, provides us with an opportunity to reflect meaningfully on the challenges that confront us as pertains to GBV and Femicide, and the ways in which we can address this crisis that has correctly been defined as a pandemic.”

These were the opening words of Executive Mayor Cllr Mzwandile Masina as he delivered his speech at the City’s last Council meeting of 2020 on 26 November.

“All societies in the world are battling with GBV, albeit in varying degrees. And although accurate statistics are difficult to obtain for many reasons, including the fact that most incidents of GBV are not reported, it is evident South Africa has particularly high rates of GBV, which includes violence against people in the LGTIQ+ community.

“In the City, recognising that social factors including attitudes around issues of consent, rape culture and systematic patriarchy, are the source of the scourge, we established the Ekurhuleni Gender Machinery. The Gender Machinery is a community participation platform comprised of stakeholders in the socio-economic transformation agenda of women, children, and person with disabilities. This is in line with the country’s National Policy Framework for Women Empowerment and Gender Equality.

“During the 16 Days of Activism, the Gender Machinery will convene to review and reflect on progress towards realising gender mainstreaming by 2030 through addressing the metro wide approach to respond to the call to end the narrative on GBV. The City is taking immediate steps to influence and change norms and behavior critical towards stopping GBVF from occurring while sending out a firm message that violence against women and children cannot be tolerated as it is a gross violation of constitutional rights and basic human rights. Many other programmes will be embarked on, including dialogue with men and boy children who are critical in the fight against GBV.

“The City maintains its collaboration with the Thuthuzela Centres in Ekurhuleni in response to prevention, ensuring adequate care, support, and healing for victims of violence and strengthening the economic power of women.”

Read the full address at the 26 November Council meeting by Mayor Masina here.