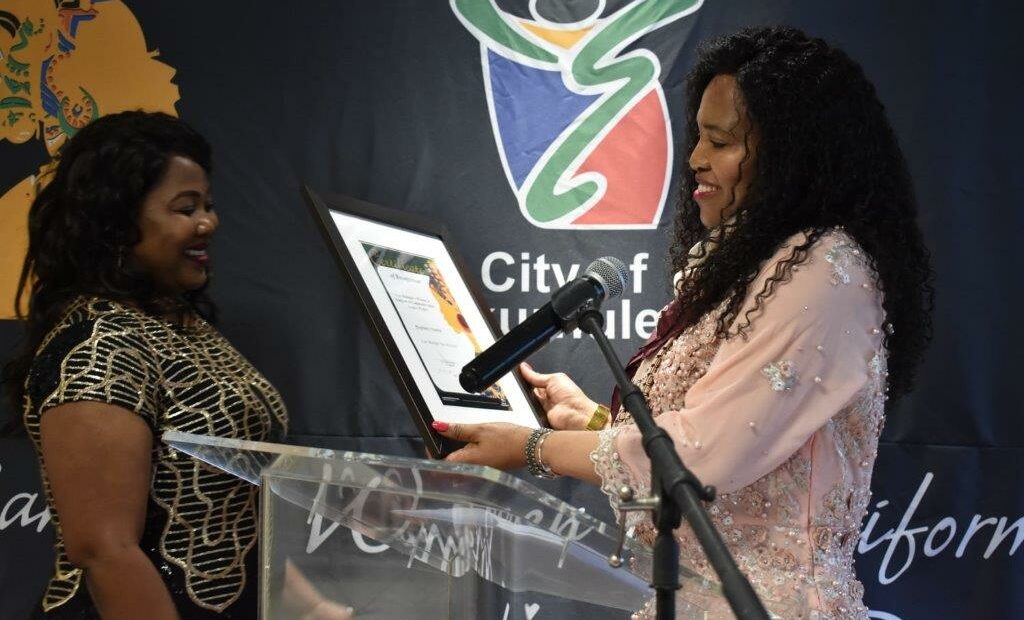 The City Manager, Dr Imogen Mashazi, awards this category to a female official who stands out in terms of their contribution to the City, service rendered to the community, selflessness, hard work and dedication.

Supt Keetso joined EMPD as a constable in 2002, working her way up to Precinct Commander in Tsakane. She has shown her leadership abilities during recent public demonstrations in her precinct and her ability to lead a stable team of law enforcement officers. Her colleagues and the community they serve speak highly of her.

The superintendent says her listening skills and compassion has improved the working relationship between EMPD and the community. She is testimony to how far life-long learning can take one in terms of personal development. She has acquired various qualification since enlisting as a metro police recruit, including a certificate in Public Relations, Diploma in Policing, Bachelor of Art in Policing and she is currently doing her Masters in Policing.

“I can confirm that there is a future for the women and all other employees in Ekurhuleni but we need to study. We need to grab the opportunities presented by the City and better ourselves. I am so grateful for being appreciated by the City with this award. It means no matter how insignificant a contribution might look, if it adds to the betterment of the City, someone is watching,” Supt Keetse said.