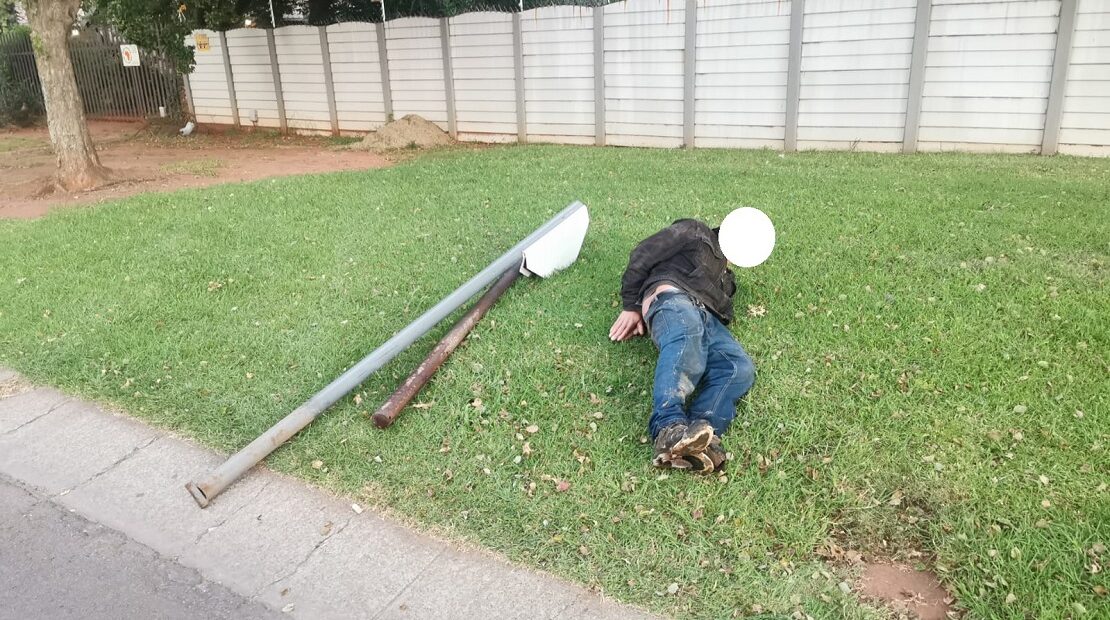 A man was arrested in Benoni on Thursday, 18 February, for allegedly stealing two road traffic signs.

EMPD Spokesperson Kobeli Mokheseng said EMPD officers about to report for duty at 06h00 came across the suspect carrying two regulatory signs fixed to steel poles on Oak Street in Northmead. When approached the man attempted to flee on foot but was cornered and arrested. On closer inspection, EMPD officers noticed that two road signs were recently uprooted at the corner of Kanna and Wattle, next to Arbor Primary School.

The apprehended suspect is facing charges of theft and possession of suspected stolen City of Ekurhuleni road infrastructure, and detained at Benoni police station.

He is expected to appear in the Benoni Magistrate’s Court soon.