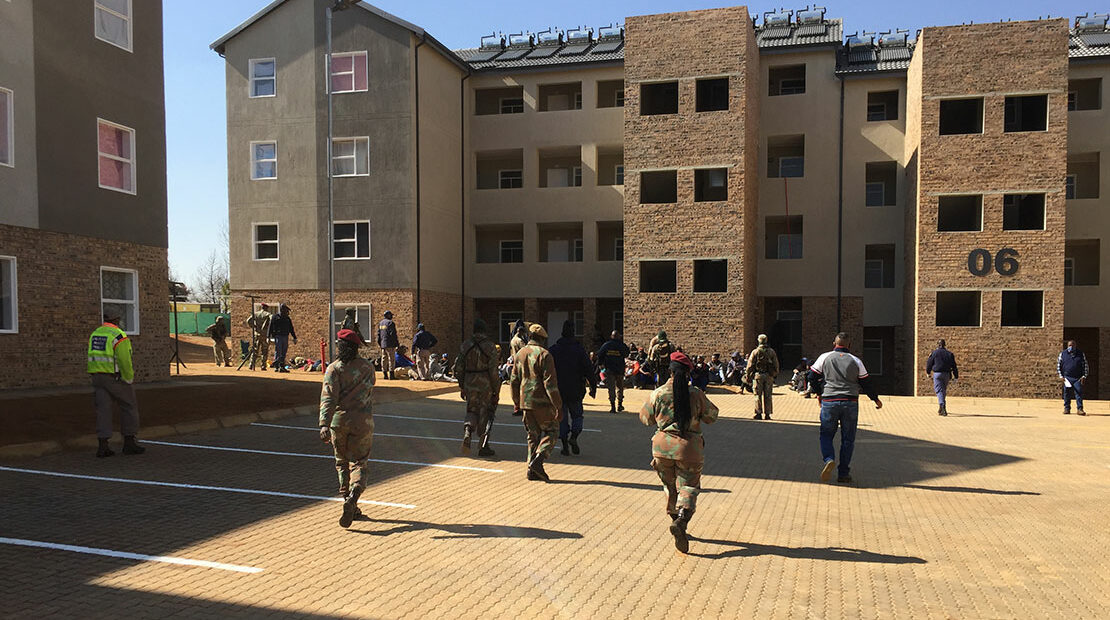 A large group of people arrived in the early hours of the morning on Thursday, 25 June to illegally occupy a housing development in Thembisa, Clayville Ext 80, according to Human Settlements officials, the “these invaders forcibly opened and invaded 32 units”.

The 48 people were arrested by the City of Ekurhuleni’s Law Enforcement Unit, the SA Police Service’s Public Order Police and South African National Defence Force, a case was opened at Ivory Park Police station and suspect remain under police custody.

MMC for Human Settlements Lesiba Mpya commended the swift response and warned that housing invasion and vandalism would not be tolerated.

“Further units could’ve been damaged had it not been for their intervention,” he said.

The extent of the damage is still being investigated, however the visible damage includes amongst others, broken doors, broken windows and pipes.