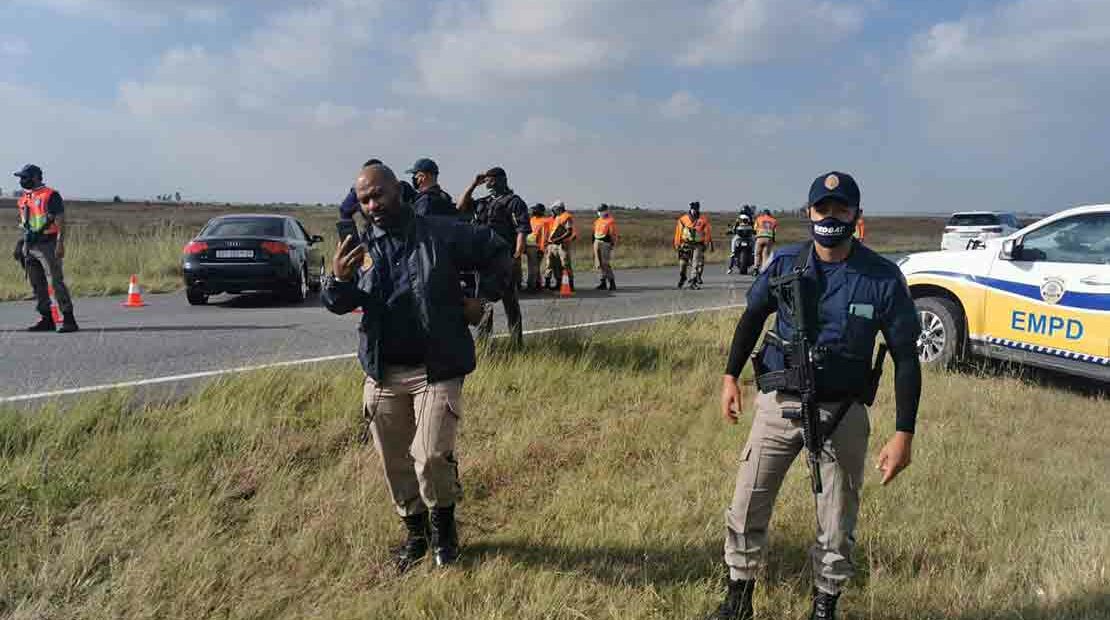 Between Saturday and Sunday, 3 and 4 April, members of the City’s metro police impounded a runaway motor-vehicle, issued traffic fines to wrongdoers and arrested intoxicated drivers.

On Saturday, between 15h00 and 21h00 in Katlehong on Masakhane, Lesotho and Kgotso roads, roving roadblocks were set up by EMPD from Kathorus and 22 intoxicated drivers, between the ages of 22 and 57, were tested for sobriety using portable alcometers/breathalyzers before they were handcuffed. They face charges of driving while under the influence of alcohol and were escorted to Katlehong police station.

Meanwhile, in Thembisa 26 drunk drivers on DM Marokane, Mahlangu and Republic roads were caught between 18h00 and the early hours of Sunday. While monitoring the two-way radio, officers picked up on a look-out for a fleeing white Nissan NP300 Light Delivery Vehicle (LDV) which failed to stop at an accident/crash scene in Elandsfontein earlier which involved a cash in transit truck.

At 18h10, an LDV fitting the description of the one sought was spotted by the officers manning a roadblock on Mahlangu Drive and a chase ensued. The tipsy driver and vehicle were cornered on Republic Road in Olifantsfontein. When stopped and approached, the motorist became aggressive. While having his blood drawn he assaulted an officer and broke glasses. The handcuffed suspect facing charges of malicious damage to property, driving while under the influence of alcohol, reckless and negligent driving and assaulting a police official was marched to Ivory Park police station, along with the other 25 intoxicated drivers.

On Sunday in Brakpan and Tsakane between 07h00 and 15h00, the EMPD Social Crime Prevention Unit officers visited parks, malls and lakes where pamphlets about crime awareness and substance abuse were distributed, accompanied by a mini-lecture.

A roadblock was set up between 06h00 and 10h00 in Alberton that saw 115 traffic fines issued for defects, documentations, missing registration/number plates and overloading as well as one unroadworthy motor vehicle was temporarily discontinued from being used on the roadway.

This is part of the EMPD’s ongoing operations.