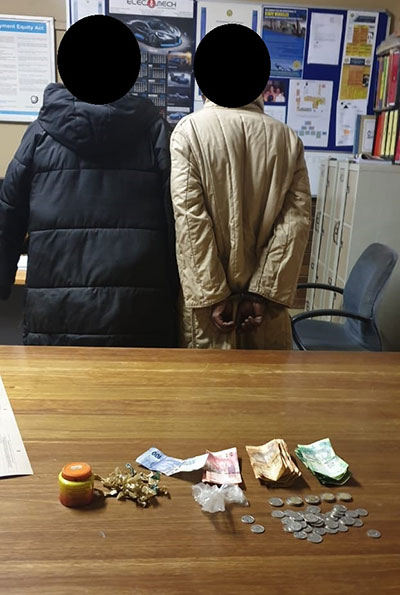 A crime prevention operation by the EMPD Drug Enforcement Unit yielded arrests of five male suspects and the confiscation of narcotics worth almost R100k in Boksburg and Putfontein.

This was on Thursday, 6 August, then the team arrested a suspicious-looking 33-year-old found idling at the corner of Excelsior and Eike roads in Reiger Park. A total of 1 720 mandrax tablets in 18 knotted plastic bags, valued at R86 000, were found. The suspect was marched off to Reiger Park police station.

In Boksburg on Commissioner Street, two suspects in their 40s were found in possession of 32 Ziplock bags of crystal meth and four of khat, valued at R10 400, and R290 cash. They were apprehended and taken to Boksburg police station.

Meanwhile, in Putfontein, Marikana Extension 45, the unit also arrested two suspects – aged 21 and 34 – found with 15 knotted plastic bags of nyaope and 13 pieces of rock valued at R3 000 and R872 in cash. The pair were taken to Putfontein police station.

All five face charges of possession and dealing in illicit substance/s, and will appear in court soon.