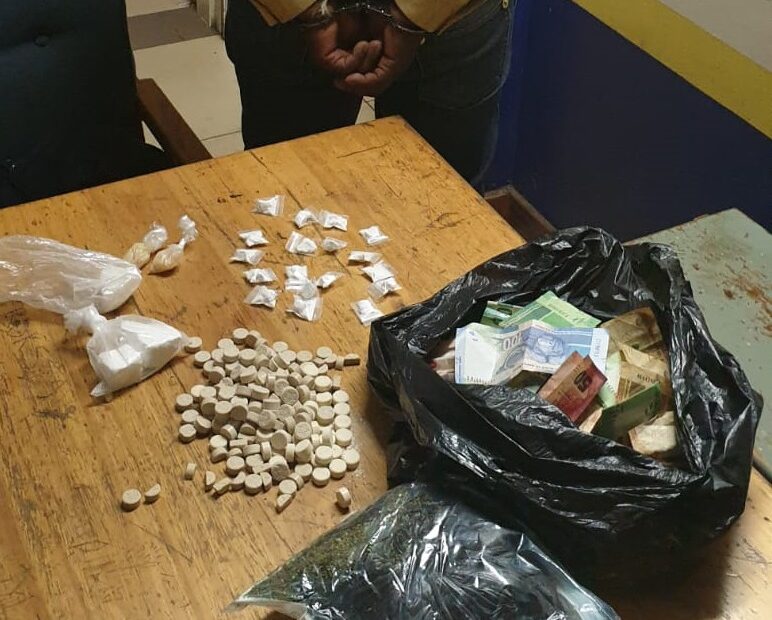 A Drunk Lady Locked Up and a Possible Drug Dealer Nabbed

The Ekurhuleni Metropolitan Police Department (EMPD) arrested a female for drunken driving and a male suspects for possible dealing in narcotics on 24 September.

The 56-year-old female almost crashed into an official motor vehicle when she was stopped at Sunward Park, Boksburg at 4:20pm. She could not stand straight when exiting her vehicle.

According to acting chief superintendent, Kobeli Mokheseng the arrest was effected at the corner of Rondebult and N17.

Mokheseng says the drunk motorist, facing charges of driving while under the influence of alcohol, was taken to Boksburg police station.

In Vosloorus, the Drug Enforcement Unit arrested a 32-year-old male for possession of illicit substance. The man was stopped and searched on Douglas Montsheng drive and officers uncovered two knotted plastics and 18 ziplocks of khat, 164 mandrax tablets, two knotted plastics of crystal meth and a plastic bag of dagga valued at R22 000. He also had with R3000 in cash.

The suspect was taken to Vosloorus police station, he was charged for possession and possible dealing in illicit substance. He is expected to appear at the Vosloorus Magistrate’s Courts soon.