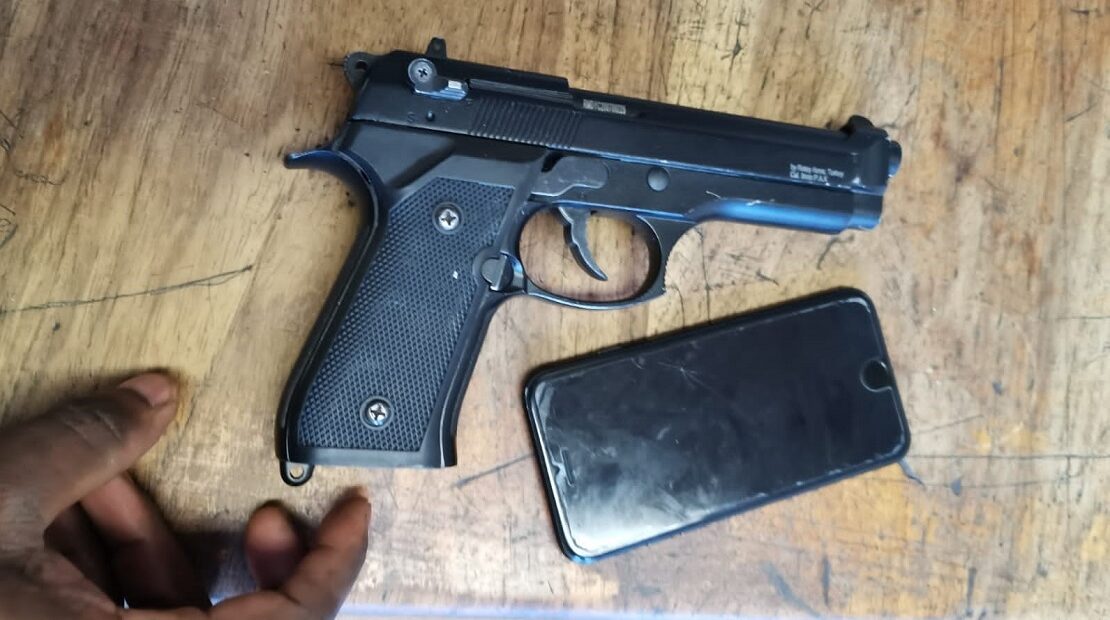 The Ekurhuleni Metropolitan Police Department (EMPD) Specialised Task Team arrested a male suspect found in possession of an unlicensed firearm and a reported stolen cellphone in Vosloorus on 29 November.

He adds that the nabbed suspect facing charges of possession of unlicensed firearm and ammunition was escorted to Vosloorus police station.  As the docket was being registered a male complainant, armed with an empty iPhone 7 box had came to open a case of armed robbery, and positively identified the handcuffed suspect as an assailant who robbed him of his cellphone.

The detained suspect is expected to appear in the Vosloorus Magistrate’s Court soon.