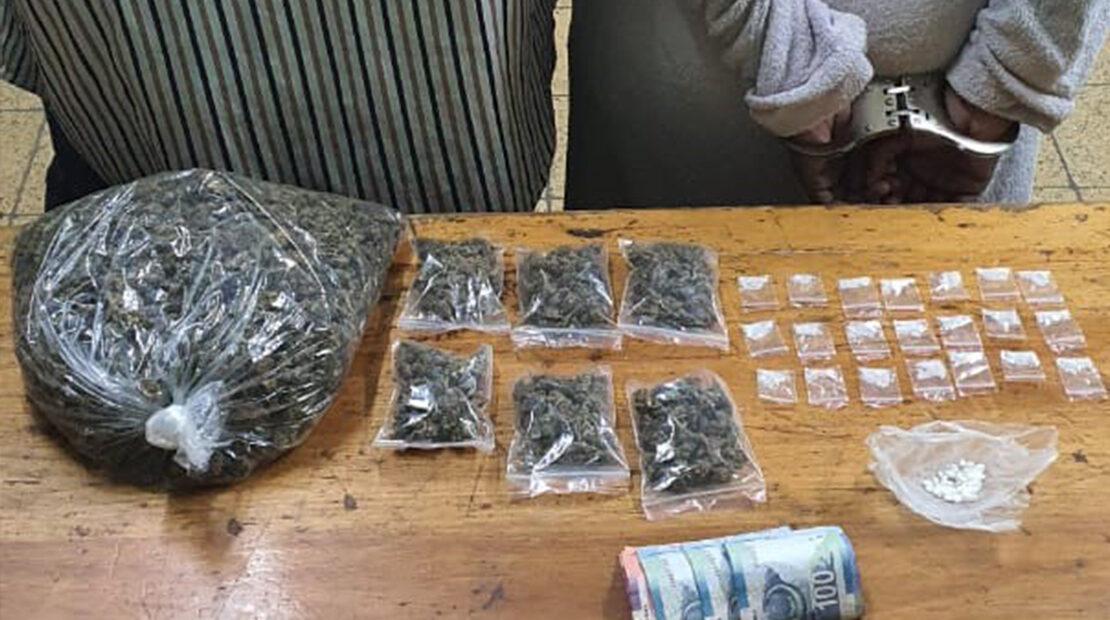 Last night (20 February) in Elsburg and Germiston/Driehoek areas, between 20h00 and 23h45, the EMPD Drug Enforcement Unit on night shift carried out an anti-drugs operation that involved bribery!

It was at 20h30 on Valk Street in Elsburg when the EMPD team arrested a 30-year old male, found in possession of seven Ziplocks of khat valued at R1 400 and R1 000 cash. He was taken to Elsburg police station.

Meanwhile, in Germiston/Driehoek at 23h00, a 47-year old man was found idling on Rose Innes Street, and was handcuffed after officers uncovered a big bag and six Ziplock bags of dagga, 21 Ziplocks of khat and 25 pieces of rock valued at R11 300. While restraining the arrested suspect, a 28-year-old woman, claiming to be the girlfriend, appeared and asked officers to release the suspect in exchange for R3 000. She was then also handcuffed, and both were taken to Germiston police station.

Two arrested males are charged with possession and dealing in illicit substance, and the woman is facing bribery charges –  all will appear in the Germiston Magistrate’s Court soon.