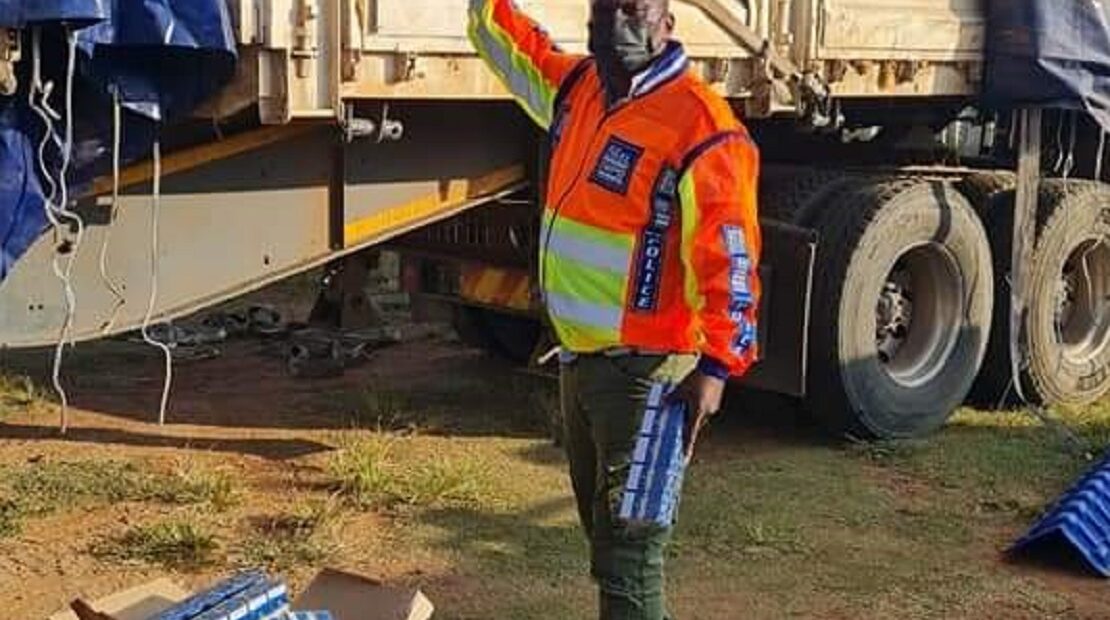 A truck loaded with Illegal cigarettes smuggled into the country was stopped was confiscated and an arrest made following a crime intelligence information on the N17 Springs freeway on 17 April.

The driver of a truck hauling boxes containing illicit cigarettes was arrested and the cargo was seized. The arrest and bust came a day after the City of Ekurhuleni Executive Mayor Councillor Mzwandile Masina and Mmoko launched ‘Operation Kurhulu’ in Kempton Park on 16 April.

Mmoko reiterated that smuggling of illicit cigarettes was not tolerated as it cripples the country’s fiscal.

According to EMPD Media Liaison Officer Thabiso Makgato, the truck was travelling from Zimbabwe.

The uncovered illicit cigarette worth more than R1 million.

The suspect is facing charges of ‘possession and possible dealing in of illicit cigarettes’ and will appear at the Springs Magistrate’s.