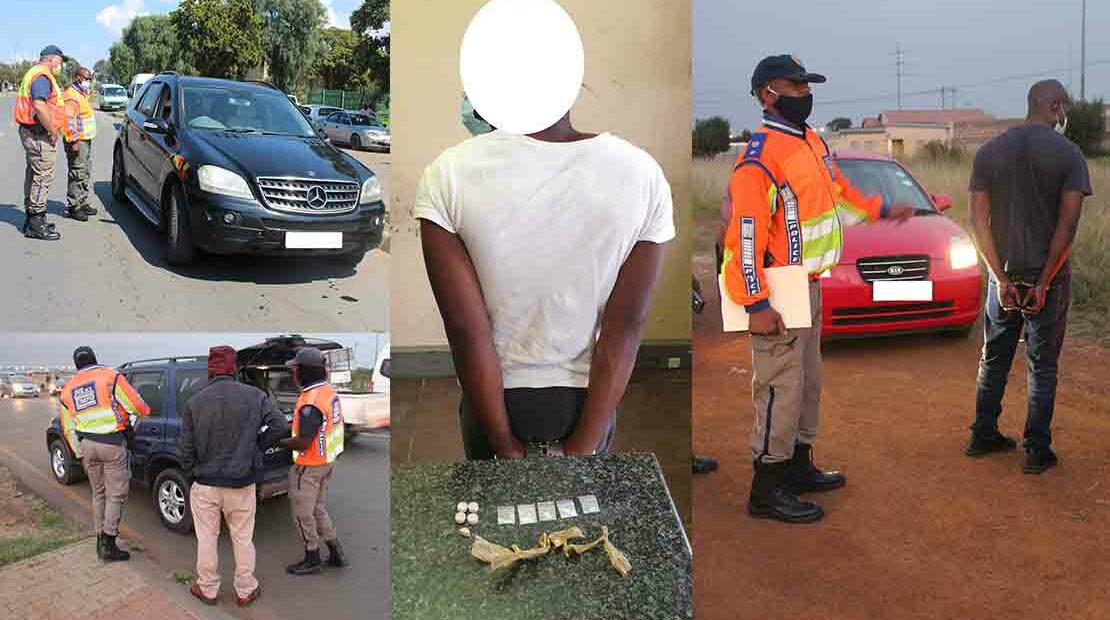 The roadblocks yielded seven arrests for possession of narcotics, drunk driving and issued traffic fines while unroadworthy motor vehicles were discontinued and impounded.

In Primrose the EMPD Officers in the company of Mmoko issued 255 traffic fines to lawbreakers, discontinued four and impounded three unroadworthy motor-vehicles following roving roadblocks, on Shamrock and Pretoria roads.

According to EMPD Spokesperson Kobeli Mokheseng, during the operation, Mmoko was approached by concerned members of the community who informed him about houses suspected to be storing narcotics. The five identified houses were visited and found abandoned. However, R600 worth of dagga were uncovered planted in three of the yards.

While at the Actonville hostel on Singh Road and Slovo Park informal settlement, two suspects who are (26) and (35) were apprehended after officers uncovered 12 packets of nyaope, 5 ziplocks of crystal meth, 1 half and 4 full mandrax tablets valued at R2 600.

The nabbed trio facing charges of possession and possible dealing in illicit substance were detained at Actonville police station.

From 6pm to midnight in Geluksdale, the EMPD arrested four intoxicated motorists between the ages of (30) and (41), issued 88 traffic fines to wrongdoers, discontinued and impounded an unroadworthy motor vehicle, stopped and searched 134 motorists during roving roadblocks.

This is an ongoing operation.

The detained seven suspects are expected to appear in the Benoni and Tsakane Magistrate’s Courts soon.