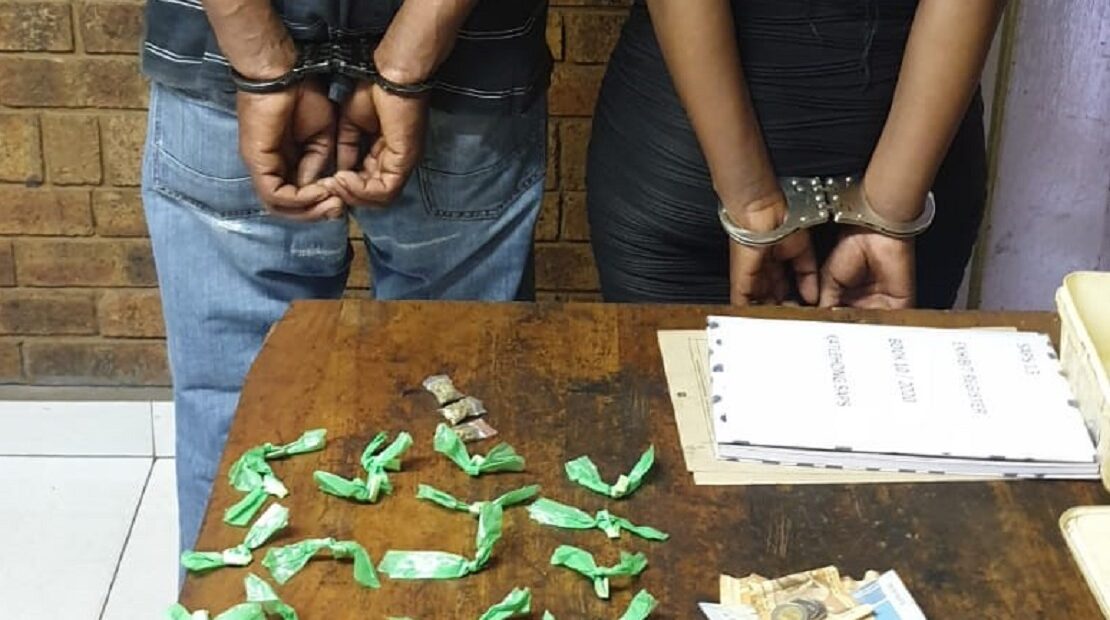 Couple Caught With Narcotics in Katlehong

A male and female suspects, aged 36 and 45, were arrested by Ekurhuleni Metro Police Department (EMPD) Drug Enforcement Unit for possession of narcotics in Katlehong on 12 December.

According to Acting EMPD Spokesperson Kobeli Mokheseng the team cornered and handcuffed a suspicious duo after uncovering three Ziploc bags of dagga and 34 packets of nyaope valued at R1 800, with R149 cash.

Mokheseng added that the suspects facing charges of possession and possible dealing in illicit substance were marched to Katlehong police station, and are expected to appear in the Palmridge Magistrates’ Court soon.