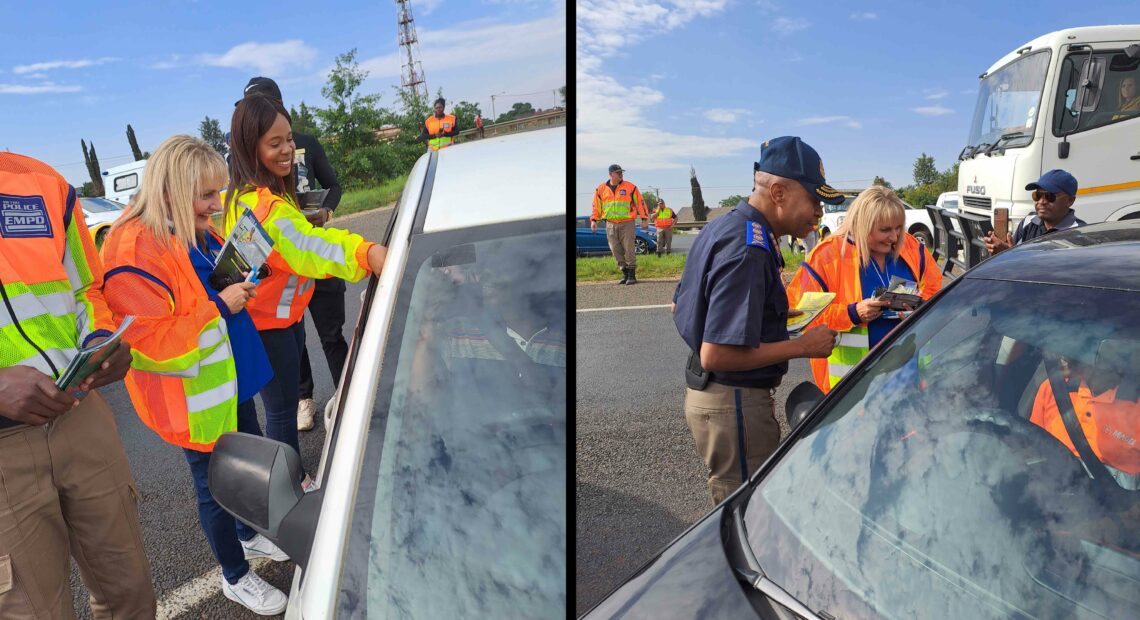 City of Ekurhuleni Executive Mayor Ald Tania Campbell has urged motorists to be extremely vigilant on the roads this festive season to save lives.

Ald Campbell was speaking during the launch of the Road Safety Campaign on the R554 in Leondale on Tuesday morning, 22 November, where she also advised motorists undertaking long trips to take regular comfort breaks to avoid fatigue.

“It is also important that we appeal to drivers to refrain from driving under the influence of alcohol and speeding as these are factors that have resulted in many deaths on our roads,” said Mayor Campbell. She called on drivers to adhere to the rules of the road at all times. This includes having car seats for small children and ensuring that everyone in the vehicle is buckled up and keeping a safe following distance and staying alert at all times.

City of Ekurhuleni Chief of Police Isaac Mapiyeye said the EMPD will focus on reducing fatalities and alienating unroadworthy vehicles on the road while increasing police visibility as the metro police ramp up crime prevention this festive season.

“Last year we had a high number of pedestrian fatalities. Most of them were caused by pedestrians walking on the road under the influence of alcohol, and not wearing visible clothing at night. Motorists must also be on high alert for pedestrians, and respect the rules of the road,” said Mapiyeye.

The City’s festive campaign will go on throughout December into the better part of next year January.

“All our units are ready and we shall make sure that there is no room for lawlessness this festive season here in Ekurhuleni. However, for us to win this war, we shall require public participation hence our appeal to members of the community to share information on crime with us as and when such is available,” Mapiyeye said.