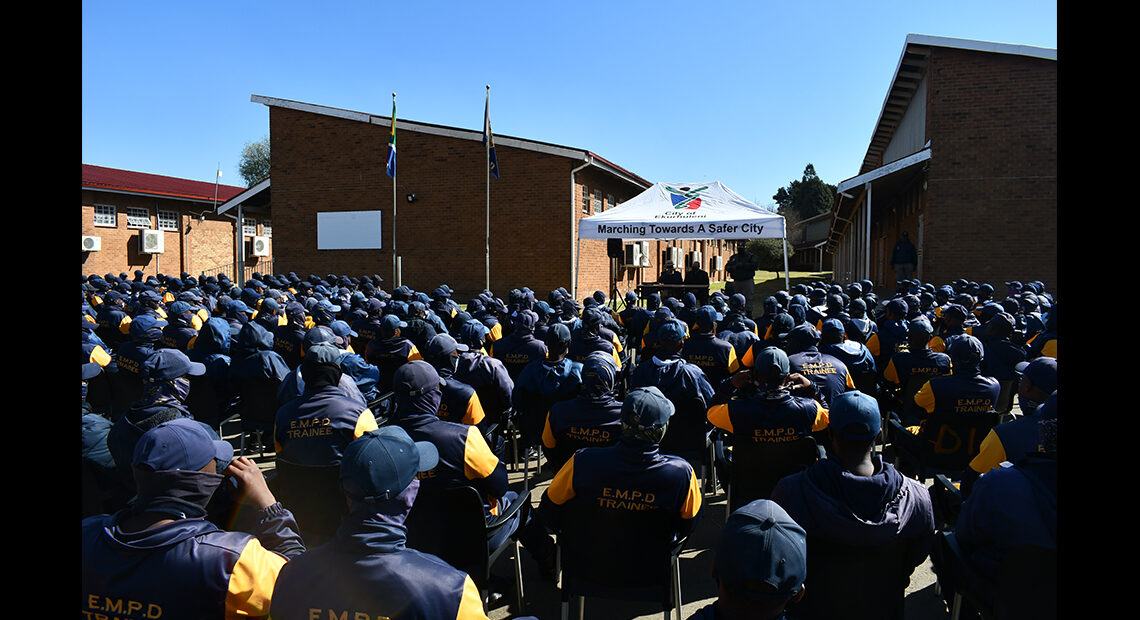 EKURHULENI RECRUITS 480 NEW OFFICERS TO INTENSIFY THE FIGHT AGAINST CRIME

Ekurhuleni MMC for Community Safety Cllr Letlhogonolo Moseki says that the unleashing of the 480 new metro police officers onto the streets of the city is clear demonstration of the city’s commitment to tackle criminals head-on in the region, and uproot any form of lawlessness.

Cllr Moseki said this today during a brief visit to the EMPD Training Academy in KwaThema where these new members are finalising their training.

Cllr Moseki said these new metro police recruits will complement the current metro police contingent, and once the training is complete, the city will be able to intensify its crime prevention and policing operations such as Operation Buya Mthetho.

Operation Buya Mthetho is a multi-disciplinary operation consisting of different departments from different spheres of government and security cluster to fight lawlessness in the city.

“The City of Ekurhuleni is an economic hub of South Africa, and it also home to Africa’s busiest airport, the OR Tambo International Airport, hence the stance to take an aggressive position in fighting any form of lawlessness and crime in the region.

“As a very critical player in the economy of the country, and a city that welcomes magnitude of tourists and international business people, it is a no brainer that tackling crime becomes such a critical priority. “We also want to create an environment that allows our people the freedom of safe movement and the freedom of doing business at any time of the day without the fear of being a victim of crime,” Moseki concludes.