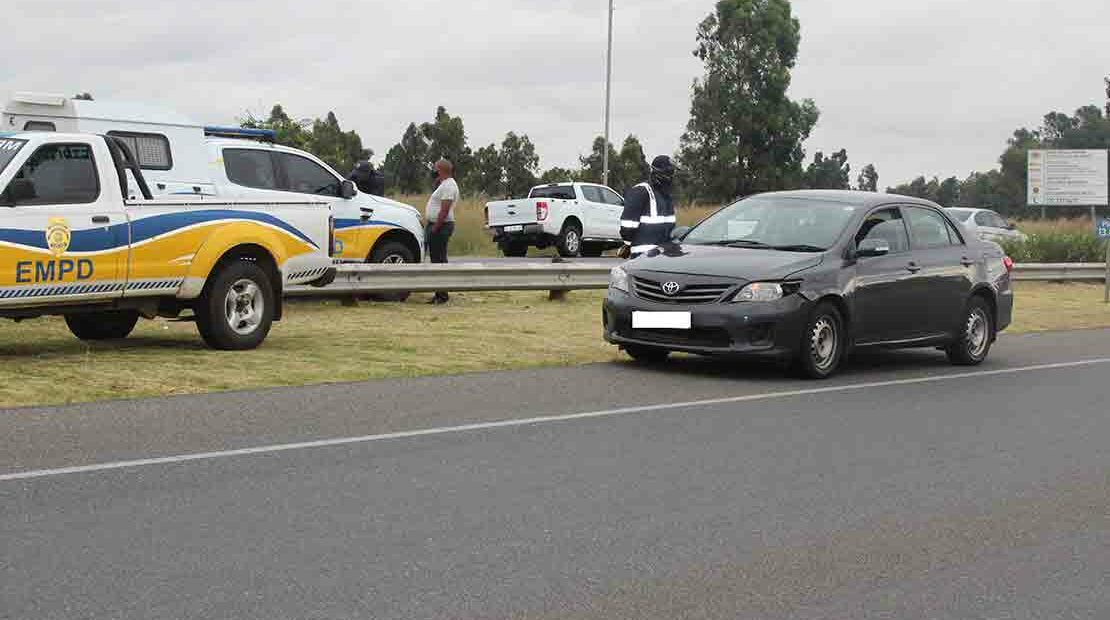 Ekurhuleni Metropolitan Police Department (EMPD) arrested 11 drivers for failing to adhere to the stipulated speed limit in Elsburg, Germiston and Brakpan between 2 and 3 April.

Officers monitoring the N17 freeway zoned 120km/h arrested a 30-year-old driver for clocking 167km/h in Elsburg on 2 April. The driver cited that he was rushing to KwaZulu-Natal (KZN) province. The offender was arrested and detained at Elsburg police station.

Four male who are 29, 31, 69 and 73-years of age, operating motor-cycles (bikes), Light Delivery Vehicle and the Special Utility Vehicle, were stopped and apprehended in Brakpan area, on 03 April for registering between 199 and 128 km/h, instead of 80km/h.

Spokesperson for the EMPD Kobeli Mokheseng says the four gave reasons for speeding such as rushing to the funeral, hospital and shooting range.

All the four lawbreakers were detained at Brakpan police station.

Meanwhile, in Dinwiddie, Germiston on the N3 freeway zoned 120km/h, officers apprehended a 27-year-old motorist for clocking 167km/h, claiming to be rushing to the KZN province. The speedster, was detained at Alberton police station.

On 4 April in Germiston between 6am and noon, the EMPD officers deployed on N3 freeway is zoned 120km/h, arrested five motorists for excessive speeding.

A 44-year-old driver was stopped and arrested for registering 170km/h, instead of 120, alleging that together with the lady passenger, they were late for an early church service.

Four speedsters who are 21, 26, 30 and 46-years of age, were stopped and detained for doing speeds between 166 and 176km/h, citing reasons like late for the wedding, visiting parents and on the way to open a shop.

The arrested quartet was detained at Germiston police station.

All the imprisoned eleven speedsters are facing charges of reckless and negligent driving, they are expected to appear in the Brakpan, Germiston and Palmridge Magistrate’s Court/s soon.