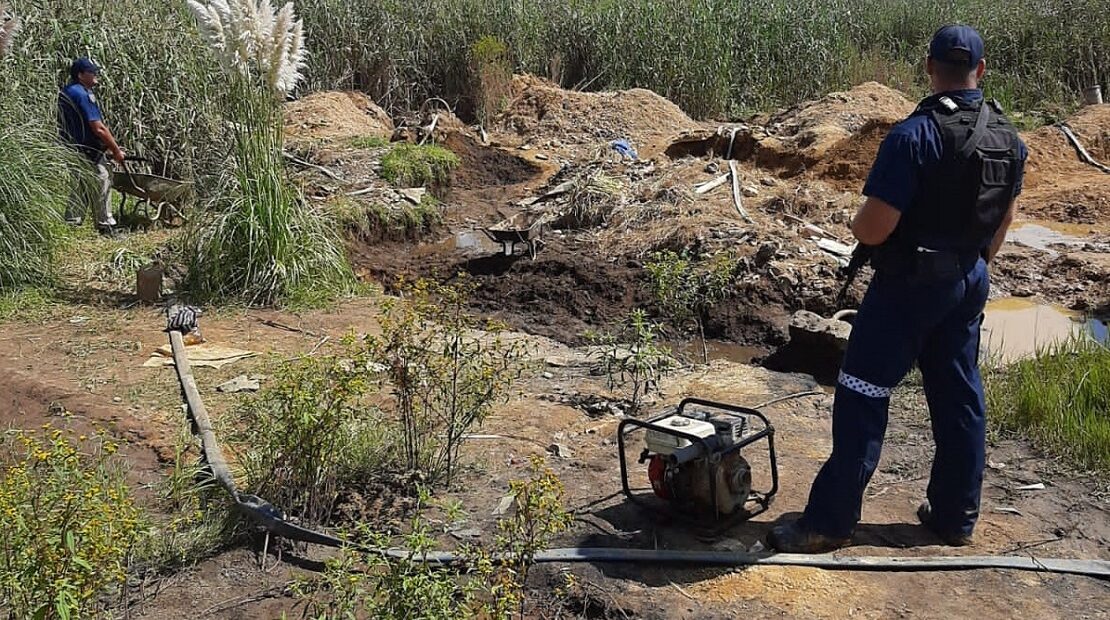 The City’s police made a huge breakthrough in the fight against illegal mining when it arrested 13 men suspected to be involved in this illicit trade in Boksburg on 2 March.

The arrests came after patrolling officers were flagged by security personnel from a private company about an illegal mining operation in the area.

According to EMPD Spokesperson Kobeli Mokheseng, officers responded promptly and arrested the 13 suspects who are aged between 20 and 40 in an open veldt and, confiscated equipment allegedly used in committing this criminal activity. He said some of the arrested men were undocumented.

Mokheseng said the offenders face charges related to illegal mining and the undocumented were booked under the Migrations Act.

All the detained suspects are expected to appear in the Boksburg Magistrate’s Court.